On April 18, officers executed a search warrant at a property in the RM of Brenda-Waskada, located just outside Melita. Virden and Melita RCMP, the RCMP Emergency Response Team, the RCMP National Weapons Enforcement Support Team and Winnipeg Police were involved in the investigation.

Officers seized over 30 prohibited, restricted and non-restricted firearms, along with ammunition and a small quantity of cocaine. 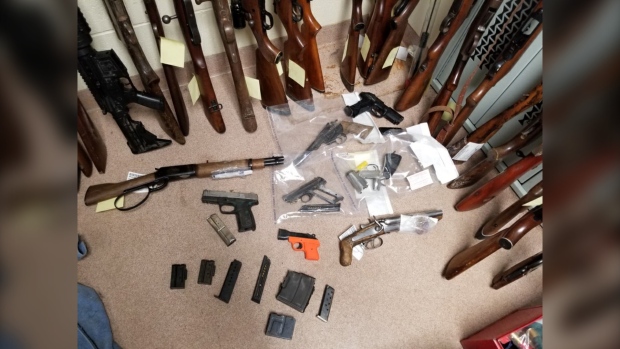 A handout image from the RCMP shows firearms seized after a search warrant was executed in the RM of Brenda-Waskada. (RCMP Handout)

None of the charges have been proven in court.