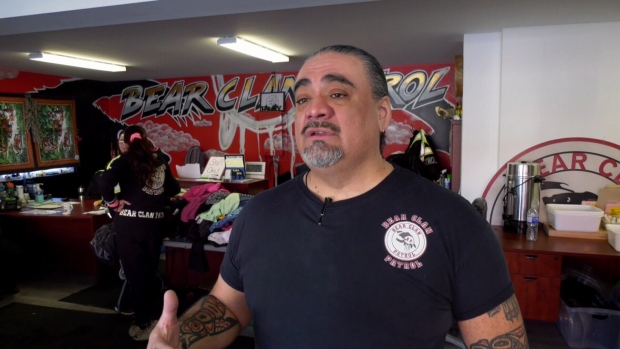 WINNIPEG — The ousted executive director of the Bear Clan Patrol says he has been reinstated as a member in good standing and is on the ballot for the director position.

CTV News Winnipeg previously reported that in July James Favel was ousted from the organization he co-founded. Favel said he was unfairly ousted, referring to his firing as an “overreach.”

The Bear Clan Patrol board of directors then posted a Facebook statement, accusing Favel of making false accusations.

“Serious human resources issues came to light, that were independently confirmed, and they are among the reasons for his dismissal.”

According to the board, a staff member filed a complaint against Favel, prompting a Manitoba Workplace Health and Safety investigation.

The board said the review found “Mr. Favel does not believe that he has done anything wrong, however, his treatment of (name redacted) has been unprofessional and intimidating. Although he has been asked to apologize to (name redacted) for his mistreatment, he has not done so to date.”

Favel called the complaint against him frivolous and said he never acted like a bully at work.

Following Favel’s departure, thousands of people signed a position to have him get his job back.

On Friday, Sept. 4, Favel took to Facebook to say he is once again a member of the Bear Clan and is running for the elected position of director.

“To that end, I would humbly ask for your support by becoming a member of Bear Clan and cast your vote for me in the upcoming election at our Bear Clan Annual General Meeting,” his post said.

Favel went on to thank everyone who has supported him from the inception of the Bear Clan up until the present day.

“It was because of your constant support, strength and encouragement that I have had the courage to stand up and fight for the organization that I love and that I wish to continue to serve with all of my heart,” he said.

– With files from CTV’s Touria Izri.