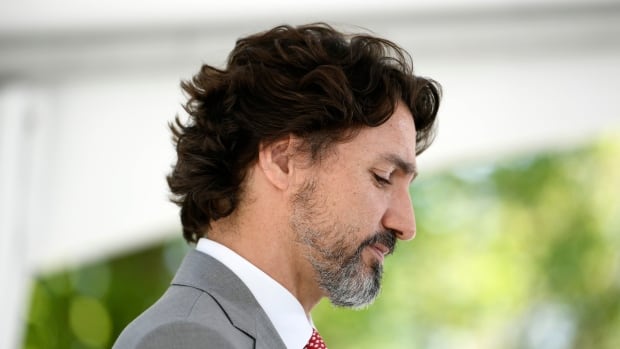 The federal government says it will provide $75 million to organizations that address the “critical needs” of Indigenous people living in urban centres and off-reserve.

Prime Minister Justin Trudeau announced the additional funding today, which is going to community groups that give Indigenous people access to everything from groceries and mental health services to computers so their kids can keep up with school work.

It comes on top of $15 million announced in March for these groups.

“Indigenous community organizations in our cities and off-reserve do crucial work year-round, but these days, their services are in high demand because of the pandemic,” Trudeau said. “We need to make sure they have the resources to adapt and grow their services so they can fulfil their important mission.”

Community-based programs that could be in line for funding include those providing sanitation and protective equipment and transportation and educational materials for Indigenous children and youth.

Funding is expected to begin rolling out over the coming weeks.

The additional funding comes as critics accuse the Trudeau government of largely ignoring the plight of thousands of Indigenous people who live off-reserve and in urban centres.

Many of them were already among Canada’s most vulnerable people before the pandemic hit in mid-March — people struggling with poverty, homelessness, food insecurity and mental health and addiction issues.

The Congress of Aboriginal People (CAP), which represents some 90,000 off-reserve and non-status Indigenous people, has gone to court to protest funding it claims is “inadequate and discriminatory” compared to what other Indigenous groups have received.

In mid-March, the government created the $305-million Indigenous Community Support Fund, most of which went to organizations representing First Nations, Inuit and Métis communities to help them prepare for and cope with the pandemic.

Only $15 million of that sum was allotted to off-reserve organizations, even though they serve more than half of Canada’s Indigenous population. CAP, which is seeking $16 million, received just $250,000 of that amount.

“The amount CAP has received for our constituents across Canada is a slap in the face,” the group’s national chief, Robert Bertrand, told a Commons committee last week.

The additional funding Trudeau announced today is expected to go to organizations like the National Association of Friendship Centres.

The association says it has been delivering food, dealing with increased domestic violence, caring for elders and helping off-reserve Indigenous people find safe shelter and transportation and apply for emergency aid benefits, despite getting little financial help from Ottawa.

Association president Christopher Sheppard-Buote last week told the Commons committee that people not living on a First Nations reserve or in an Inuit or Métis community feel “unseen” by the federal government during the pandemic.

But other emergency aid programs created for the general population — including the $2,000-per-month Canada emergency response benefit (CERB) and the 75 per cent wage subsidy program — are available to eligible off-reserve Indigenous people.

The government also announced in April federal funding of up to $306.8 million to help small- and medium-sized Indigenous businesses, and to support Indigenous institutions that offer financing to these businesses.

At that time, the government said the funding — meant to provide short-term, interest-free loans and non-repayable contributions — would help some 6,000 Indigenous-owned businesses survive the pandemic.