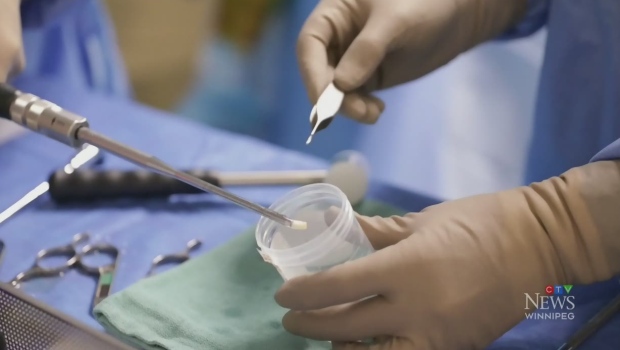 WINNIPEG — Operating room services at the Flin Flon General Hospital (FFGH) have been suspended indefinitely, according to the Manitoba Nurses Union.

Union president Darlene Jackson announced the suspension in a news release on Monday. She said the decision is “deeply concerning” and said it could risk impacting the health and well-being of northern Manitobans.

“Last week, MNU was advised that Operating Room services at FFGH have been suspended indefinitely,” Jackson said in a news release. “This misguided decision leaves the community without local access to an essential health care service, and raises many unanswered questions about the rationale for the decision.”

Jackson said the union had been told there were no plans to close the operating room, but the employer sent out the minimum required 90-day employment security notice after two resident doctors departed.

The union said it is concerned the closure will be permanent because the employment security processes are underway for affected nurses. MNU is calling on the province to clarify the closure for the staff and community.

A spokesperson from the province said the decision to close the operating room services was made at the regional level. CTV News has reached out to the Northern Regional Health Authority (NRHA) for comment.

The nurses’ union said the NRHA did provide notice of the decision but answered few questions.

During a daily news conference, Lanette Siragusa, the chief nursing officer for Shared Health said NRHA’s decision to close the operating room is likely due to human resources and is not related to the COVID-19 pandemic.

In a written statement to CTV News, a spokesperson for Shared Health said the closure is the result of physician departures.

“A contingency plan has been developed that will see all surgical cases presenting to the Flin Flon General Hospital transferred to The Pas or Winnipeg as is deemed clinically appropriate,” the spokesperson said.

“Clinical experts from the Northern Health Region were involved in the development of the Clinical and Preventive Services Plan and input from communities was – and will continue to be – considered as the plan is implemented. We will continue to work with the region to seek long-term solutions that will ensure access to reliable, consistent and high-quality health services closer to home for residents of Flin Flon and other northern communities.”

Flin Flon NDP MLA Tom Lindsey was critical of the decision, calling it an “irresponsible move.”

“Permanently shuttering operating rooms is the last thing this government should be doing in a health pandemic,” Lindsey said in a written statement. “Our community needs a health care system that can not only meet the regular and ongoing health needs of families, but can also be there should COVID-19 cases begin to appear in Flin Flon.”