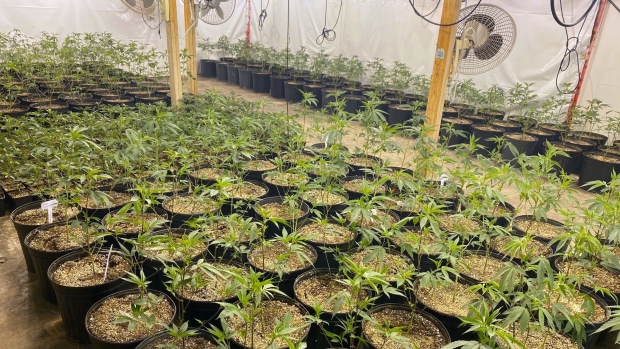 TORONTO — Suspects who allegedly used a helicopter to fly illegally grown cannabis across the Canada-U.S. border have been arrested following a 16-month joint investigation by the RCMP and U.S. Homeland Security Investigations.

The RCMP said six search warrants were recently executed in the GTA and Quebec in connection with the investigation, resulting in the seizure of a number of firearms believed to be restricted or prohibited. Officers also seized more than 800 plants and dried cannabis from an illegal grow operation and about 400 grams of a substance believed to be cocaine, the RCMP said.

According to investigators, a group of suspects was growing cannabis in the GTA and on “several occasions,” they used a Bell Jet Ranger helicopter to fly the cannabis across the border.

The suspects, police say, flew the helicopter between ports of entry at low altitudes to avoid being detected.

The RCMP also said the helicopter, a truck, and a trailer were seized as part of the probe.

“An investigation into the origin of the handguns is ongoing,” the RCMP said in a news release issued Wednesday.

Four people have been arrested and jointly charged with a number of offences, including conspiracy to commit the unlawful export of cannabis and possession of cannabis for the purpose of exporting it.