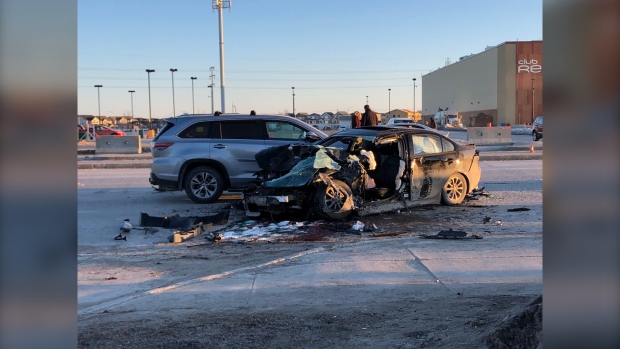 WINNIPEG — One person has been taken to hospital in critical condition Friday morning following a “serious” car crash on Regent Avenue approaching Starlight Drive, according to Winnipeg police.

Images from the scene of the collision show that multiple cars were involved, and there is lots of debris on the road.

Emergency vehicles have left the scene, but there are still damaged cars sitting in both eastbound and westbound lanes. Officers are on scene helping with traffic.

Police tape has gone up at the scene and officers are marking the road with chalk.