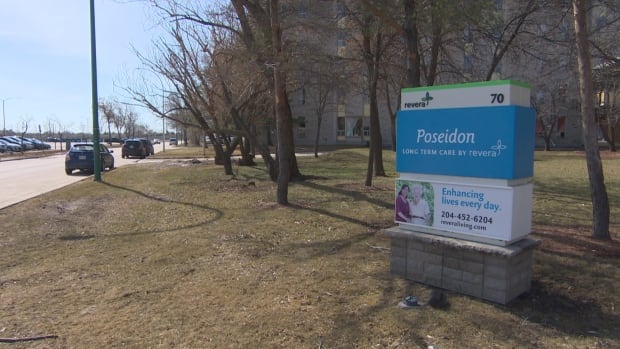 A Canadian company that runs long-term care homes confirms one of its Winnipeg residents has died after testing positive for COVID-19, and says another resident is currently in isolation.

Revera, the Ontario-based company that owns nursing homes across Canada, said in an April 11 news release a resident living in the Poseidon Care Centre on Poseidon Bay had died after testing positive for COVID-19.

This information wasn’t reported publicly but has been available on the company’s website. The company previously announced on April 3 a resident had tested positive for COVID-19 and was in hospital.

Manitoba has had six deaths related to the coronavirus.

On April 10, Manitoba’s chief public health officer announced the province’s fourth death, a man in his 70s who was at a personal care home prior to hospitalization.

The company said in a release that on April 6 it received confirmation a second resident in the home had tested positive for COVID-19. One resident remains in isolation in the home this weekend.

The Grant Park nursing home is one of at least two Revera-owned facilities in Winnipeg that have had confirmed cases of COVID-19.

Earlier this month, an employee at the Parkview Place long-term care facility on Edmonton Street, in the Central Park area, tested positive for COVID-19.

Outbreak at downtown nursing home over

The company said as of April 17, the Winnipeg Regional Health Authority declared the COVID-19 outbreak at the facility to be over.

Many patients in Revera homes have died after getting sick with the coronavirus.

At its McKenzie Towne Continuing Care Centre in Calgary, there were at least 21 deaths reported alone as of last Wednesday.

The company said it is working closely with the Winnipeg Regional Health Authority and is following pandemic outbreak protocols. All residents are monitored for symptoms and all staff are required to wear a surgical mask and are screened at the beginning and end of their shift.