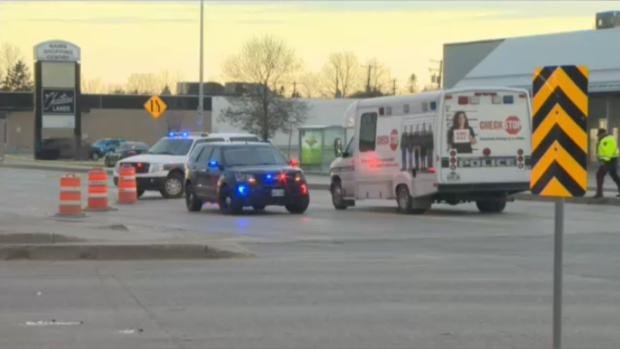 WINNIPEG — A man from Winnipeg is facing charges after two pedestrians died after being hit by a vehicle last year.

On May 14, 2019, around 12:20 a.m., an East District Community Support unit came across a crash between a vehicle and two pedestrians at the intersection of Panet Road and Regent Avenue West/Nairn Avenue.

Officers started providing treatment to the two pedestrians, an adult man, and an adult woman. They were eventually transported to hospital in critical condition, but were later pronounced dead.

Police said the driver remained at the scene. Officers believe the driver was going westbound on Regent Avenue West and the pedestrians were crossing southbound at Panet Road when they were hit.

He was released on an appearance notice. The charges against him have not been tested in court.