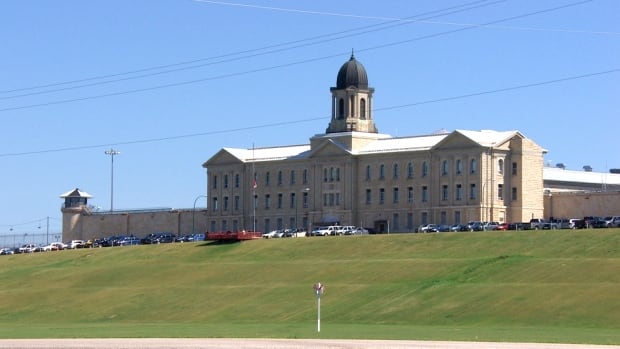 A correctional officer at Stony Mountain Institution was airlifted to hospital Wednesday evening after being assaulted by an inmate with an edged weapon, Correctional Service of Canada says.

The officer’s throat was slashed, said James Bloomfield, the Prairies regional president of the Union of Canadian Correctional Officers.

The incident happened at the prison just north of Winnipeg at about 6:30 p.m., in the prison’s structured intervention unit, a spokesperson for the federal corrections agency said. That unit is used to hold inmates who can’t be managed in the mainstream population for security or other reasons.

STARS air ambulance was dispatched and the correctional officer was taken to Health Sciences Centre in Winnipeg.

The officer has since been released and is now recovering at home but will need a significant amount of time off to recover from his injuries, Bloomfield said.

The incident was “extremely traumatic” for everyone involved and some other officers who witnessed the attack are also off work and getting counselling, he said.

“You know, it’s not a movie. It is unbelievably traumatic, and we’re just very fortunate at this point that the officer was able to be recovering from these injuries,” Bloomfield said.

The prison and RCMP are investigating.

Bloomfield said the union plans to review what can be done to make the structured intervention unit safer for correctional officers, as they have had concerns about it in the past.

A spokesperson for the federal corrections agency said they do not tolerate any violence in the institutions.

“We examine each incident of violence to find out how it can be better prevented and address these situations.”