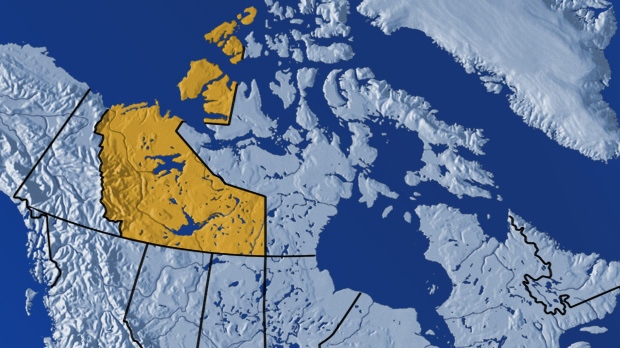 The individual’s condition has improved and they are recovering at home, according to a news release issued Saturday.

“Our investigation determines the individual traveled to British Columbia and Alberta,” the press release said.

“They returned home to Yellowknife and self-isolated as recommended, along with their household, after developing mild symptoms three days after their return.”

Those who may have had close contact with the individual are being notified to “self-isolate immediately.”

No further information was given about the patient.

“The public is being notified of the community because the size of Yellowknife allows privacy to be sufficiently protected,” the Northwest Territories government said.

“In smaller communities, the public should not expect to be informed of the community.”

To date, 299 COVID-19 tests have been completed in the Northwest Territories with one positive.

Earlier Saturday, the territorial government announced it plans to ban travel to the Northwest Territories with “limited exceptions” in a bid to stop the spread of COVID-19.

A news release announcing the plan said anyone who does not follow its directions will be subject to penalties including a fine of up to $10,000 and six months imprisonment.

Dr. Kandola will also order those returning to the territory, to self-isolate in Yellowknife, Fort Smith, Hay River, or Inuvik.

“This measure will be required to ensure protection of residents of our smallest communities as people return north,” the press release from the government of the Northwest Territories read.

“There will be measures to support cases of people who may not have access to accommodations in any of these communities.”

The order will also require those who returned to the Northwest Territories in the past 14 days to self-isolate.

Individuals will be required to complete a “self-isolation plan,” according to the press release, with more detail on this measure “forthcoming.”

“This is necessary due to the growing risk of COVID-19 as it spreads throughout Canada and make it possible to ensure those at risk of COVID-19 due to travel are self-isolating in communities with well-equipped healthcare facilities,” the release said.

Travel through all points of entry into the Northwest Territories, by air and road, will be prohibited.

Exceptions will be made for Northwest Territories residents, certain essential workers like health-care professionals and law enforcement and those transporting food, equipment, fuel or other goods into the territory.

Flight crews, medical travel patients from Kitikmeot, Nunavut, workers on capital infrastructure projects and southern resident transient workers in the mineral and petroleum resources industry will also be allowed through.

Seasonal workers helping with harvesting or similar jobs, who do not enter communities, can also travel through the territory.

The order is intended to be issued on Saturday, under the Northwest Territories’ Public Health Act, using additional powers granted to the chief public health officer during a public health emergency.

However “it will not be issued until all operation measures are in-place to ensure it is implemented in the most orderly fashion possible,” the territory’s government said.