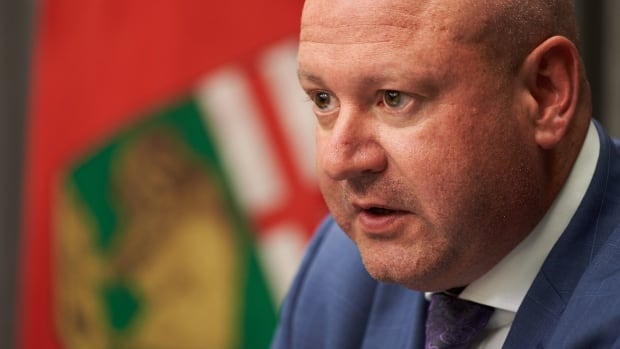 Manitoba will reintroduce restrictions on travel to the north effective Thursday after a rise in COVID-19 cases in the southern parts of the province, including 28 new cases announced Monday.

The Northern Health Region currently doesn’t have any active cases, but Fox Lake Cree Nation locked down its Bird reserve on Aug. 22 after a person from the Prairie Mountain Health Region who had travelled to nearby Gillam, Man., later tested positive for COVID-19.

“As we saw increasing numbers in many of the southern regions in Manitoba, we just decided we’d move forward with that. I think we moved forward with it pretty expeditiously this time, and they will be in effect by Thursday,” Roussin said.

Among the cases announced Monday, 14 are close contacts of previously announced cases and one was related to travel, Roussin said.

The active case count is now 469, the highest it’s been in the province, and 731 people have recovered.

The current five-day COVID-19 test positivity rate is 2.1 per cent.

There are 11 people in hospital as of Monday, and one person is in intensive care, Roussin said.

In the last seven days, public health officials haven’t been able to determine the source of infection for 32 cases — 16 in Prairie Mountain Health, 14 in Winnipeg and two in Southern Health. Case investigations continue and are updated as more information is available.

A patient contracted the novel coronavirus while staying at Brandon Regional Health Centre’s Assiniboine Centre, Roussin said. There are also two health-care workers sick with the virus at the centre, where an outbreak has been declared.

Another outbreak at a health facility in the Prairie Mountain Health region was declared on Monday, the fourth in the area since Thursday.

A health-care worker at Fairview Personal Care Home in Brandon has COVID-19, so the facility has brought in outbreak protocols, Roussin said.

Health officials believed the worker contracted the virus through close contact with another previously identified case.

An outbreak was reported on Saturday at Hillcrest Place, a personal care home, after a health-care worker tested positive. Rideau Park Personal Care Home, where a case was announced Thursday, is the fourth Brandon health-care site where an outbreak has been declared.

While the risk of transmission is considered low, information is being provided to help people assess their risk and seek testing if symptoms appear.