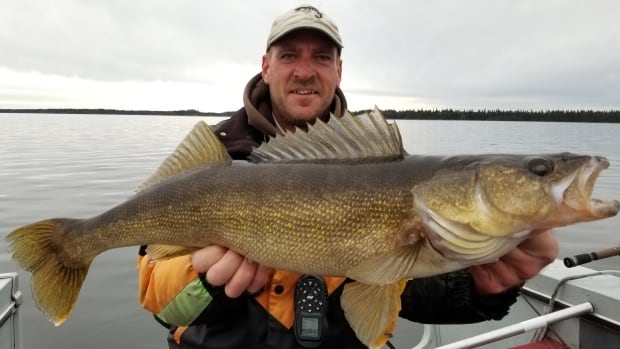 Paul Wiens was banking on a record year this season, until bookings at his northern Manitoba lodge took a deep dive because of pandemic closures.

Wiens and two others own Viking Lodge, a remote and secluded northern Manitoba fishing spot in Cranberry Portage, about 600 kilometres northwest of Winnipeg.

But he says he’s surprised by who he has seen in northern Manitoba provincial parks — namely, out-of-province visitors, who current provincial rules say shouldn’t be travelling to the province’s north.

“I am upset. Very upset. It’s the province that has put these laws in place. They are breaking their own rules. Not only is it unethical, but it is not legal,” said Wiens.

He says he was taken aback when he visited Bakers Narrows and Clearwater Lake provincial parks, and noted Ontario and Saskatchewan licence plates in the parking lot.

He also sent CBC video showing a camper with an Alberta licence plate at Grass River Provincial Park. Wiens says he saw all of the vehicles at the northern parks within the past month.

Provincial travel restrictions above the 53rd parallel — the point about 350 kilometres north of Winnipeg that’s often used to define where “northern Manitoba” begins — were announced in mid-April. They prohibited non-essential travel to the north.

That meant lodge owners like Wiens could only welcome guests from the northern part of the province.

The province relaxed some of those rules starting June 1, allowing southern Manitoba residents to travel directly to parks, campgrounds, cabins, lodges and resorts north of the 53rd parallel.

With a few exceptions, guests from outside Manitoba remain forbidden from travelling to the north, although the province announced a further planned loosening of restrictions Thursday.

Under the draft plan for Phase 3 of Manitoba’s reopening — tentatively set to begin June 21 — visitors from Western Canada and northern Ontario will be allowed to travel to northern Manitoba.

They also won’t have to self-isolate for 14 days after they arrive in the province — another current requirement for out-of-province travellers.

Those changes couldn’t come soon enough for Wiens, whose guests usually come mainly from Saskatchewan, Alberta and the United States.

It feels like we are now competing against the very government that is tying our hands behind our back.– Viking Lodge co-owner Paul Wiens

“Normally I would be booked solid, all 16 cabins and 18 campsites filled to capacity for May and June,” he said.

Right now, his cabins sit empty, with campsites not even at half capacity with Manitobans.

“Within the last three weeks,I am down $80,000 over the same time last year, and that will grow exponentially as we go through June and rest of the summer,” said Wiens.

He’s not alone in his predicament. Dozens of other private operators are desperately trying to salvage what’s left of the season, according to Manitoba Lodges and Outfitters Association.

Campers may be questioned

Even with relaxed travel rules expected before the end of the month, Wiens wants to know why Manitoba has been allowing visitors from other provinces into its parks north of the 53rd while private operators are being shut out.

“As if emotions aren’t high enough with all this going on, it feels like we are now competing against the very government that is tying our hands behind our back. It’s very frustrating, disheartening and upsetting,” said Wiens.

In a written response, a spokesperson for the province noted an out-of-province licence plate does not confirm a camper is from out of province.

While the province acknowledges its parks reservation system does not have a way to block out-of-province bookings, it says staff are working to track those bookings in order to remind campers of the self-isolation requirements, which will remain in effect until at least June 21.

In response to Wiens’s concerns, the province says until the rules are relaxed, conservation officers and park patrol staff may perform compliance checks on campers or fishers at several watercraft inspections points throughout Manitoba.

If it is determined the camper or angler is from out-of-province, and isn’t covered by any exemptions to the travel ban, they could be warned or charged with failing to comply with an emergency health order. They could face eviction and a fine of $486.

Wiens, though, wonders if any of the province’s rules will be enforced. He says he just wants a level playing field for all northern lodge operators.

“We are all in the same situation. We rely on May and June to make or break our season. People have been locked down and isolated and just want to get outdoors and fish and enjoy nature.

“It’s frustrating for everyone.”