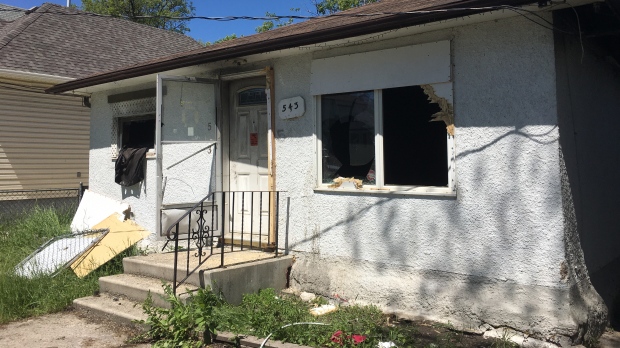 When crews arrived on scene, they encountered heavy smoke and flames coming from the house.

Firefighters launched a defensive attack until it was deemed safe to enter the structure to fight the fire offensively. The fire was declared under control at 12:16 p.m.

No one was inside the bungalow, and no injuries were reported.

No damage estimates are currently available but WFPS said the house had extensive damage from a previous fire.