Home  »  News   »   No perjury charge for Winnipeg officer who tried to cover up police assault, despite watchdog’s recommendation 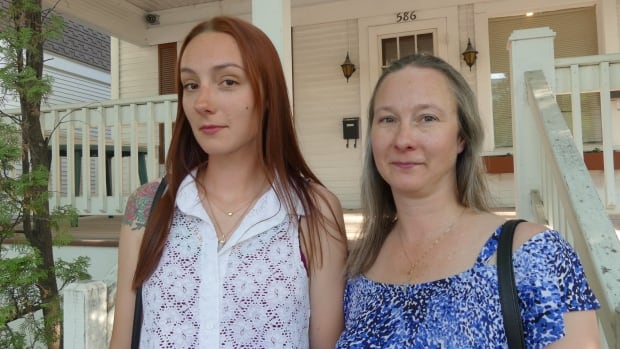 A Winnipeg officer who a civil court found assaulted a woman and her family in 2014, then tried to cover it up, should be charged with perjury, says Manitoba’s police watchdog — but prosecutors aren’t pursuing the case because they’re not sure he would be criminally convicted.

The Independent Investigation Unit of Manitoba (IIU), which looks into all serious incidents involving on- or off-duty police in the province, started investigating the allegation against the officer in May 2019.

The claim stemmed from a Court of Queen’s Bench judgment against Const. James William Macumber and the City of Winnipeg brought by the family involved in the hotel room incident. The family won that lawsuit and was awarded additional damages and legal costs in 2019.

The ruling by Justice Jeffrey Harris followed a 2014 incident where Macumber and three other Winnipeg Police Service officers unlawfully entered the family’s hotel room and assaulted three people inside, then charged one of the family members in an attempt to cover up the officers’ actions.

In December, the IIU decided there were sufficient grounds to charge the officer with perjury in connection with that case, civilian director Zane Tessler said in the investigative unit’s final report on the incident, dated Aug. 4.

But the investigative file was passed to Manitoba Prosecution Services to be reviewed for reasonable likelihood of conviction, Tessler said in the report.

That file included officers’ notes, arrest and use of force reports, statements from seven civilian witnesses, audio recordings of 911 calls and police communications, iPad and cellphone videos and transcripts from examinations for discovery and trial, the report said.

Prosecutors decided not to charge the officer in the hotel room case with perjury on July 17. The decision closed the watchdog’s investigation into the incident.

Tessler was not available for an interview on Thursday.

A spokesperson for the province’s justice department responded to a request for comment by directing CBC News to a Manitoba Justice policy statement on how prosecutors decide to lay, stay and proceed on charges.

The test to decide whether a case has a reasonable likelihood of conviction requires prosecutors to determine “whether a conviction to the criminal law standard of beyond a reasonable doubt is the more likely outcome if the matter was to proceed to trial.”

Meanwhile, the city appealed the decision in the civil case in June and is awaiting written judgment from Manitoba’s Court of Appeal.

‘Disappointed, but not surprised,’ lawyer says

The family’s lawyer in the civil case, Ian Histed, said his clients are “disappointed, but not surprised by this decision.”

The prosecutors’ decision not to move forward with a perjury charge, in spite of the IIU recommendation, requires clarification, Histed said in an email to CBC News.

“Manitoba’s record of holding police officers accountable for their crimes is dismal to say the least,” said Histed, who, in an unrelated case, was temporarily suspended from practising law after being found guilty earlier this year of professional misconduct.

That suspension is on hold while he appeals the decision, a spokesperson for the Law Society of Manitoba said, and he is still practising law in the meantime.

“The IIU was founded to bring clarity and independence to the process,” Histed said.

“What this case shows is that legislative change is required to bring public transparency and accountability to the Crown’s office as well.”