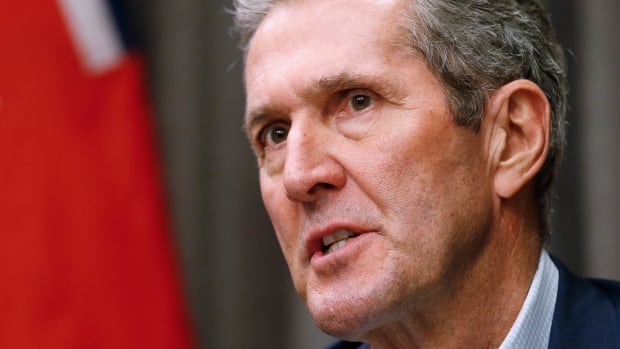 Premier Brian Pallister says he plans to announce details of the next phase of the province’s reopening strategy on Thursday.

Pallister said he couldn’t elaborate on what he would be announcing Thursday, but he and the province’s top health officials have been “tremendously impressed” by Manitoba’s progress in combatting the spread of COVID-19.

“I think that any progress we’ve made is a reflection of that ability and willingness of Manitobans to step up and be part of the team and protect themselves and each other,” he said.

The province has had regular calls with more than 50 different groups, at least twice a week, to discuss Manitoba’s reopening plans and what needs to be done to make easing restrictions possible, he said.

That same day, a memo was sent to civil servants asking that they take five unpaid days off to avert temporary layoffs during the COVID-19 pandemic.

Manitoba began Phase 1 of its reopening plan on May 4, allowing the operation of a wide swath of non-essential businesses, including hair salons, restaurant patios and retail stores.

Since that time, 10 new cases of COVID-19 have been identified in the province, including several linked to a cluster at a Brandon trucking company.

The province’s active case number has dropped from 37 to 26 — out of 290 cases since Manitoba started testing for COVID-19 — as recoveries outpace the discovery of new cases.

The previously announced target date for the next phase of the province’s reopening plan is June 1.

Phase 2 could include allowing restaurants to reopen indoor spaces at 50 per cent capacity, as well as the resumption of film production and seasonal non-contact children’s sports.

A recent report by credit rating agency Standard and Poor’s said Manitoba’s debt is expected to increase by $3.5 billion above and beyond its forecasted debt in its 2021 budget because of the COVID-19 pandemic.

But Pallister said the report also instills a “strong level of trust” that Manitoba’s economy will recover.

The report says economic fallout from the pandemic will result in significantly weaker budgetary performance for the province in 2021, but the provincial economy is expected to begin to rebound the following year.

The province has spent $1.2 billion on its COVID-19 response, Pallister said, with about half of that amount spent on personal protective equipment.

Pallister also announced Wednesday that the Manitoba government will spend $10 million on grants for community development projects across the province under the Building Sustainable Communities program, a 25 per cent increase in funding.

The grants will go toward 344 projects in an effort to restart the  provincial economy during the COVID-19 pandemic, he said.

“It’s important that we up our game and support communities big and small,” Pallister said.

The province budgeted $7.9 million for the program last year.

Building Sustainable Communities was created by the Pallister government last year, merging seven different programs, each with its own rules and funding formulas, into one, and requiring applicants to raise 50 per cent of a project’s cost on their own.

The application process for the program happened a few months ago, and Pallister said he doesn’t anticipate the province will seek new applicants, as it already received many submissions.