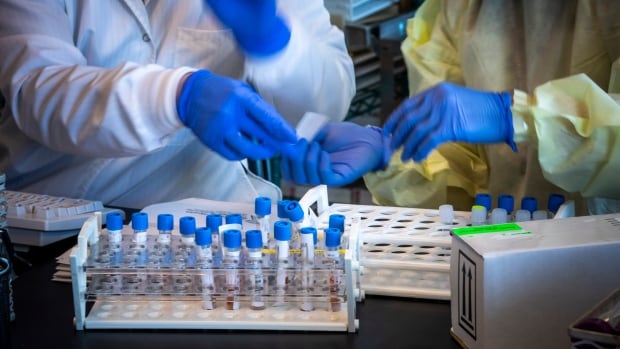 The most recent Manitoba COVID-19 patient is a Southdale Walmart employee who last worked from 4-9 p.m. on May 9, Dr. Brent Roussin says.

“The individual was working on the floor. It is unlikely there would have been contact with customers, but we wanted to ensure people were aware of this,” Roussin said at a news conference Tuesday.

No new cases of the novel coronavirus that causes COVID-19 were announced Tuesday, but Roussin gave details about the case announced on Monday.

The total number of active cases in Manitoba remains at 26, Roussin said. One person is in hospital, but no one is critical care.

There have been seven deaths.

Manitoba went six days without a new COVID-19 case being found, but that streak was snapped on Monday when public health officials announced one new case.

There were 379 lab tests conducted on Monday, bringing the total done since February to 35,578.

Manitoba’s top public health officials will give the latest news on COVID-19 in the province at a news conference Tuesday afternoon.

Manitoba went six days without any new COVID-19 cases, but that streak ended Monday when officials announced one new case.

The death toll in Manitoba remains at seven.