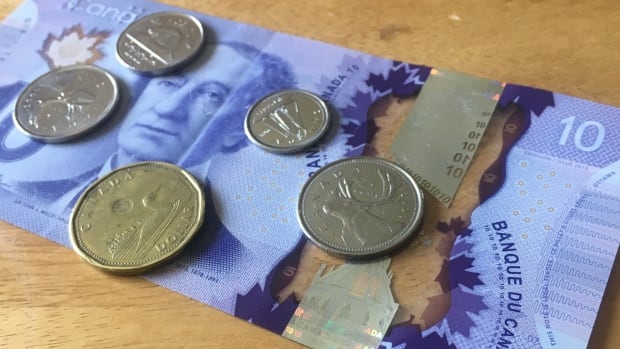 Manitoba’s minimum wage isn’t enough to keep minimum wage earners out of poverty, according to a new report by the Canadian Centre for Policy Alternatives Manitoba.

The report draws on interviews with 47 minimum wage earners in Winnipeg and Brandon, many of whom said they struggled to afford basic necessities like food and housing and/or paying their bills on time.

One worker the reports’ authors interviewed, who was given the alias Susan, said she was trying to get back on her feet while recovering from a meth and alcohol addiction.

She lives in subsidized housing, which makes a huge difference in her life, but struggles to get by with an irregular work schedule.

“She often relies on food banks and rarely enjoys any form of entertainment besides television,” the report says.

“She sometimes feels worthless and struggles with depression and anxiety related to the lack of predictability in income and ability to plan for her future. She struggles with staying sober.”

Susan’s experience is not uncommon, as over half of those interviewed for the report said they struggled to pay rent, while almost 30 per cent said they were staying with friends or family because they couldn’t afford their own place. One person interviewed said they lived in a homeless shelter.

More than a third of those CCPA spoke with said they regularly used food banks or community meals.

Jesse Hajer, one of the report’s authors, said this makes it very difficult for people living on minimum wage to do things that could improve their lives, like go back to school, because all of their energy and income is used up just surviving.

“What this does is that it creates a lot of challenges. And specifically, many of the workers that we spoke to reported having to deal with mental health issues, including depression and anxiety related to their jobs and the low income that they’re earning,” he said.

Many of those interviewed for the report also said they felt trapped in a cycle of late bill payments and interest fees.

The report found a $15 minimum wage would bring two-parent and single-person households above the market basket measures, a measure of low income based on the cost of a specific basket of goods and services representing a modest, basic standard of living.

Beyond raising the minimum wage, there are other things that could help, too, Hajer said.

One thing that came through loud and clear in the report was that minimum wage workers today are really struggling with precarious work, where they have a hard time securing regular hours at their jobs, Hajer said.

“They’re struggling with really unstable work circumstances with respect to scheduling, unable to plan their lives around their work because they’re getting their shifts at the last minute.”

With no mandated paid sick leave in Manitoba, these workers are also really poorly equipped to handle things like being sick, he said — something that’s particularly relevant during the COVID-19 pandemic.