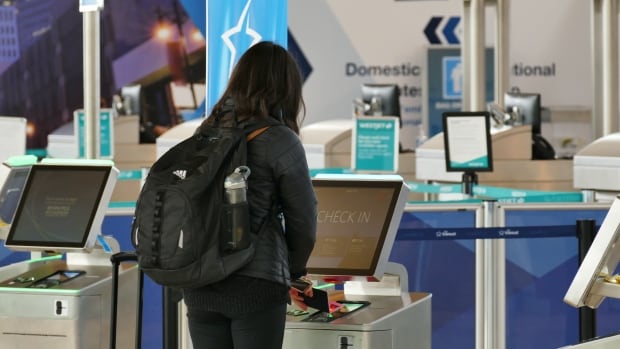 A new online poll suggests that nearly one-third of Manitobans are in favour of having all visitors from outside the province self-isolate upon arrival, even those from nearby places with relatively few cases of COVID-19.

Under Manitoba’s current public health regulations, anyone travelling from British Columbia, Alberta, Saskatchewan, Yukon, Northwest Territories and Nunavut does not have to self-isolate upon arriving in Manitoba. Ontarians from west of Terrace Bay are also exempt.

Despite these relaxed regulations being in place for nearly three months, 36 per cent of respondents said they think visitors from all provinces and regions should be required to self-isolate.

That number was highest among respondents age 18 to 34, at 40 per cent, and lowest among people who said they were over 55 years old, at 28 per cent.

Probe Research surveyed 1,049 Manitobans online between Aug. 19 and Aug. 29. They questioned a representative sample of Manitobans from their own panel, supplemented by participants from a national panel provider.

“These results show that as Manitoba experiences a spike in cases after several weeks of relatively low case counts, residents are supportive of provincial officials being more restrictive about who can enter the province without following the 14-day self-isolation standard,” Probe Research’s report on the surveys says.

Respondents were also asked about their views on self-isolation requirements by province.

While the poll did see a close link between views on self-isolation requirements and high provincial case counts, it also suggests many Manitobans still want people from neighbouring regions with relatively low case cases, such as northern Ontario, to self-isolate upon arrival.

The survey suggests nearly nine in 10 Manitobans want people coming from southern Ontario and Quebec, Canada’s hardest-hit regions, to self-isolate, while nearly three-quarters of respondents said visitors from B.C. and Alberta should also have to self-isolate, despite both provinces having lower active case counts per capita than Manitoba.

No margin of error can be given to an online poll, but a comparable margin of error for a probability-based sample of this size would be plus or minus three percentage points, 19 times out of 20, Probe said.

The margin of error would be higher for subgroups, such as different age ranges.