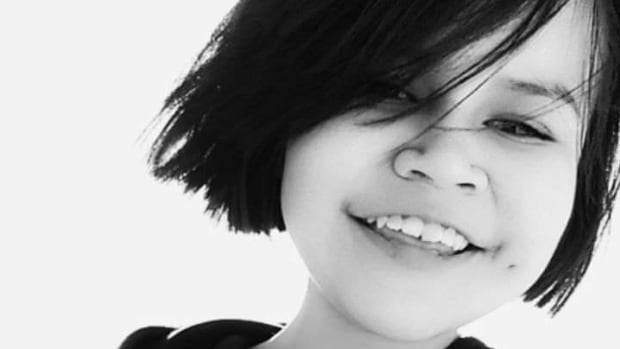 Manitoba RCMP are looking for new information about a teen from northern Manitoba who has been missing for a month, after an investigation and several searches of the area were nearly fruitless.

Tammy Nattaway, a 16-year-old from Garden Hill First Nation, a community in the Island Lake region about 475 kilometres northeast of Winnipeg, was reported missing on July 31.

A family member saw her in Garden Hill First Nation on July 20, but that was the last confirmed sighting of Nattaway, and she has been inactive on social media since her disappearance, Manitoba RCMP media relations officer Sgt. Paul Manaigre said at a news conference Thursday afternoon.

RCMP believe Nattaway is still in the Island Lake region, as it’s unlikely she managed to fly to Winnipeg, Manaigre said.

“It’s very difficult to leave the area without people noticing,” he said.

“For example, by air, you have to provide your name, identification if you can, in order to leave.

“We believe that it is very difficult for her to have left. There is that possibility, that’s why we put it out there, but we still believe she’s in the area.”

Manaigre spent two days in Garden Hill, while Manitoba RCMP underwater recovery and search and rescue teams looked for her, and helicopters searched the area’s thick brush from the air.

The Island Lake region is only accessible by boat or by air, so flight passenger lists were reviewed, Manaigre said, and multiple interviews and door-to-door searches in Garden Hill and neighbouring First Nations were conducted.

In total, police spent about 25 to 30 hours combing the area and every tip was followed up, he said, but nothing was found.

The search team is no longer in the Island Lake region, but the local RCMP detachment continues to search.

Community members also are searching, and if they find any solid leads or physical evidence, then the search and rescue team will be redeployed, Manaigre said.

Police are still treating this as a missing person case, because they don’t believe foul play is involved, and they hope information will come in that will lead to finding Nattaway safe, he said.

Nattaway is five feet tall, weighs about 100 pounds, and has short black hair and brown eyes.

Anyone with information about the teen’s whereabouts or her disappearance is asked to immediately contact Island Lake RCMP at 204-456-2626, call Crime Stoppers anonymously at 1-800-222-8477, or submit a secure tip online at www.manitobacrimestoppers.com.

Hundreds of community members have searched for Nattaway, including with a house-to-house search in Wasagamack and Garden Hill on Aug. 4.

Garden Hill First Nation is offering a reward of $5,000 for any information that leads to finding the missing teen, police said.