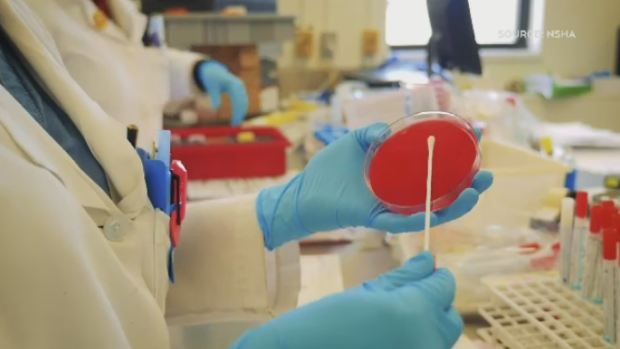 WINNIPEG — Manitoba health officials have announced another person has died due to COVID-19, bringing the total number of virus-related deaths since March in Manitoba to 12.

The person who died was a man in his 60s from the Grey health district in the Southern Health–Santé Sud region. Roussin said this was a previously announced case connected to a known cluster, adding the person had been hospitalized in the intensive care unit.

Roussin announced 15 new cases of the virus had also been identified as of Wednesday morning, bringing the total number of active cases in Manitoba to 223.

The cases announced on Wednesday include:

The province said the cases in the Prairie Mountain Health region are mostly related to contacts of known cases. While case investigations are ongoing, the province said there are some with unknown acquisitions in the region. It said more information will be provided as needed to inform of any public health risks.

According to provincial data, the Brandon district currently has 88 active cases – the most in Manitoba. This is followed by Winnipeg, which has 69 active cases, and Niverville/Ritchot, which has 18 active cases.

There are currently six people in hospital due to COVID-19, two of whom are in intensive care. A total of 528 people have recovered from the virus in Manitoba.

Since March, there have been 763 lab-confirmed cases of COVID-19 in the province.

Roussin reminded Manitobans to only go for testing if they have symptoms of COVID, or if they have been directed to get tested by a health care provider.

He told Manitoba employers not to require asymptomatic employees to be tested.

“Our system is not set to accommodate time-sensitive asymptomatic testing requirements that are set out by employers or businesses, or to those individuals that require this for the purposes of travel,” he said.

On Tuesday, another 1,376 laboratory tests were completed, bringing the total number of tests completed in Manitoba since February to 118,364.