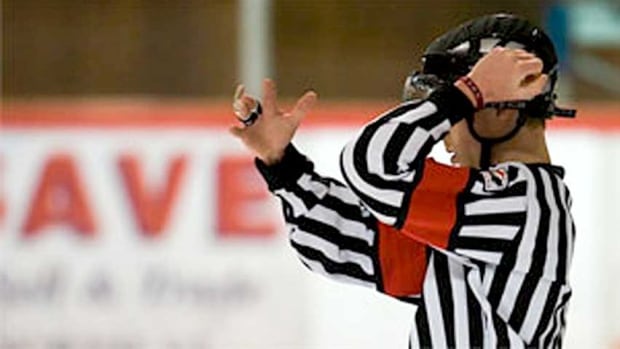 Sport Manitoba is launching a campaign to remind local amateur athletes, coaches and fans that if there are no referees, then no games can be played.

The media campaign, called #NoRefNoGame, aims to bring attention to the declining participation of sport officials due to increasing instances of maltreatment, Sport Manitoba said in a news release.

“It is so important that the proper treatment of officials is brought to light in the sport community. They are dedicated, passionate individuals who make games and competition possible for all of us to enjoy,” Jeff Hnatiuk, president and CEO of Sport Manitoba, said in the release.

“Sport Manitoba is committed along with True Sport and the provincial sport organizations to helping create an environment where all officials are treated with respect and people feel safe and welcome to pursue opportunities in officiating.”

Developed with help from more than 60 officials, #NoRefNoGame will feature personal stories from Manitoba referees, umpires and officials about their experience to be making the calls.

On top of shining light on the problems, the campaign looks to support officials and change how they’re treated, in hopes of improving recruitment, training, mentorship and retention of officials.

“We encourage all athletes, coaches and fans to play the game and treat officials with respect,” Cathy Cox, Manitoba’s Minister of Sport, Culture and Heritage, said in the release.

“Now, more than ever we know what it’s like to be unable to play the sports we love, and these games cannot go on without the support and participation of officials.”

There are roughly 8,500 certified sports officials in Manitoba, according to Sport Manitoba.