WINNIPEG — It’s been two years of waiting, wondering, and worrying for the family of Eduardo Balaquit.

Balaquit went missing on June 4, 2018. On Thursday, the second anniversary of his disappearance, the police again asked for the public’s help.

“My dad is still not home. Even after all the searching the public has helped me with, he’s still not here,” said Edward Balaquit, the son of Eduardo Balaquit.

The homicide unit is investigating the case and believes Balaquit was a victim of a crime when he arrived for work at a business in the 300 block of Keewatin Street around 6 p.m.

“It’s gotten to a point in this investigation that we do believe it’s a homicide,” said Const. Jay Murray of the Winnipeg Police Service. “Our investigators are still working very hard on this matter, and again, we are coming to the public with a plea for anyone that might have information.”

Investigators are looking for information about a blue 2010-2015 Ford Escape SE, as police believe it was involved in Balaquit’s disappearance. 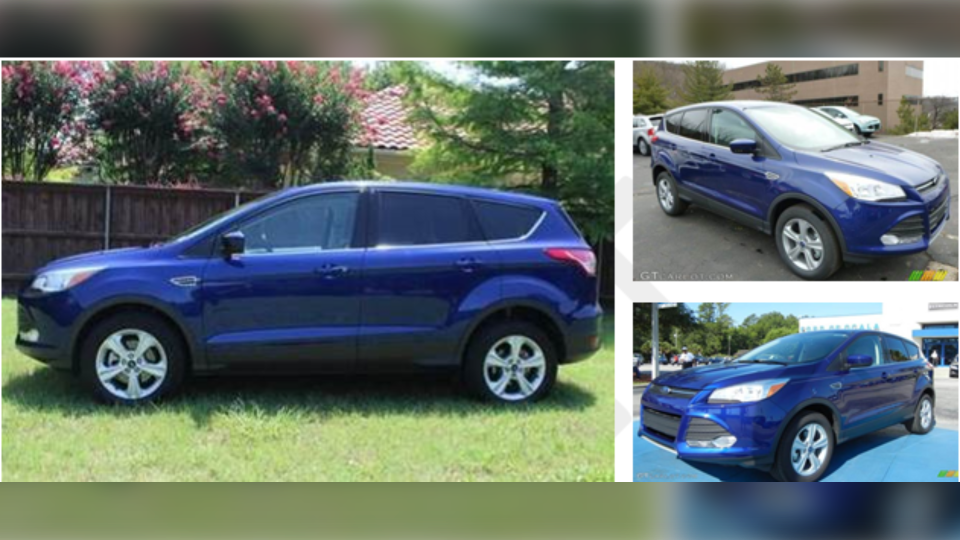 A stock image of a vehicle police are looking for that they believe was in the area at the time of Eduardo Balaquit’s disappearance. (Source: Winnipeg police)

Police said the vehicle was in the area of Balaquit’s work when he disappeared and travelled to the Arborg, Man. area soon after.

Investigators are reminding people living in rural areas between Winnipeg and Arborg to be aware of any unusual items, as they could relevant be to the case.

“We highlight this case once again because we know someone, somewhere knows more about what happened to Eduardo. We’ve taken important steps forward with this investigation, but we appeal to the community to help us close this case for Eduardo’s family – for the community. We need your help.” said Sgt. Wade McDonald of the homicide unit.

Balaquit was 59-years-old when he disappeared, and is around five feet, four inches tall, and weighs around 155 pounds.

His family is also pleading with the public to provide any information they may have.

“It’s never too late to help,” said Edward Balaquit. “If you think you can help in any way, it is highly appreciated and very well welcomed.”

While he waits to find out what happened to his father, he is thinking of him fondly.

“Hardworking family man – that’s pretty much who he was. He made sure our dreams came true at the expense of his own life,” said Edward.