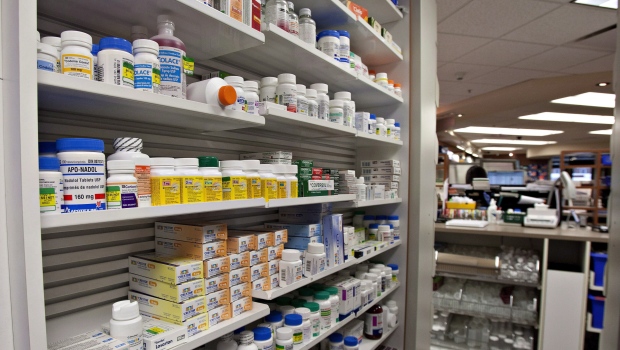 TORONTO — A new study has found that of the over 9,000 different drugs marketed in Canada between 2017 and 2018, nearly 25 per cent were reported in shortage — including EpiPens and treatments for Parkinson’s disease, epilepsy and depression.

In an unusual trend, it was more likely for a drug to be in shortage if it was produced by a generic company and there was no other competition.

“A number of drugs were in shortages and one of the main findings was that it was more likely for a drug to be in shortage if it was produced by a generic drug company and it was the only drug company supplying the market,” said Aslam Anis, a professor at the School of Population and Public Health at the University of British Columbia.

The study, published in CMAJ Open, was conducted by a team at the Vancouver-based Centre for Health Evaluation and Outcome Sciences.

The team analyzed prescription drug data from the Canadian Drug shortage database, where manufacturers have been required to report drug shortages since 2017.

“It is troubling to me because drug shortages can be very catastrophic for patients who are in need of that specific drug and sometimes doctors have to then switch them to different drugs,” said Anis.

The researchers also grouped together drugs with the same ingredients, dosage, type, and strength — ones that could be interchangeable — and found that 13 per cent were listed in short supply, giving pharmacists and patients few alternative options.

“I was very alarmed when I saw entire markets, all the brand names of a drug were not available and this was causing patients lots of hardship,” said Anis.

And these shortages usually come without warning — causing stress for front-line pharmacists like Kyro Maseh in east-end Toronto.

“Suddenly you just find medications are on backorder and then we’re left scrambling trying to contact physicians for alternatives,” he said.

“We have to, at times, make patients wait. Sometimes these medications have very profound effects in their life and we just have to make them wait.”

Maseh said the issue is “not something that we can put under the rug.”

Eighty-six-year-old Lois Forrest has severe asthma, and relies on three medications to help her breathe with ease.

“This one I take every few hours when I’m in trouble,” she said, showing one of the prescription containers from her porch in Toronto. “I really wouldn’t get out of my room if I didn’t have them.”

There were some months during the COVID-19 pandemic when she had a one-month supply — instead of the usual three-month order — because of shortages. While her pharmacist reassured her, the idea that so many medications have random supply problems is alarming.

These are drugs doctors have told her she must take; her well-being depends on their availability.

“That scares me because I don’t know what I would do without it. I would end up at the hospital,” said Forrest.

Researchers say some shortages are caused by a lack of raw materials, a sudden increase in demand. The study suggests that, in some cases, drug makers may not find them profitable.

But all agree on the urgent need for a reliable supply.

“We need to have a strategy, so that our industry is vibrant and we’re able to produce the drugs we need,” said Anis.

How to achieve that is open for discussion. Some are touting better deals and profit margins for drug makers. Others suggest security is found in producing essential medications in Canada, because most products are produced in part in China, India and the U.S.

Whatever the approach, Maseh hopes there is a solution soon.

“What will happen in the future? My opinion is you’re going to have very dire consequences, I think, and the only fear I have is people can end up dead if they don’t get the medications that they need,” he said.