WINNIPEG — A new survey has found that nearly 10 per cent of Manitobans are still not taking recommended precautions to help stop the spread of COVID-19.

The report, out of Probe Research Inc., spoke with 1,000 Manitoba adults between March 10 and March 24.

The survey found over 80 per cent of people have been washing their hands and sanitizing surfaces more frequently, with over 60 per cent self-isolating, physical distancing and avoiding crowds.

Thirty-five per cent of respondents said they’ve cancelled trips and stocked up on necessities, and only two per cent said they’ve worn masks in public. Just under 10 per cent reported taking none of these precautions.

The survey did find that as time went on during the two-week period it was conducted, there was a huge jump in the number of people self-isolating. 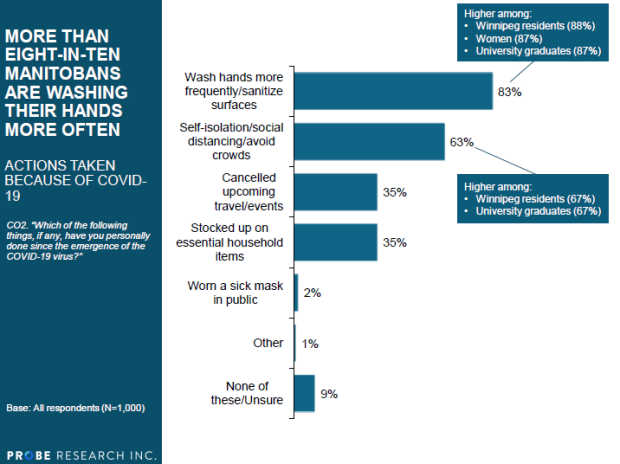 CONFIDENCE IN THE GOVERNMENT

As to whether Manitobans are confident in the government’s ability to deal with the pandemic, most people said they are.

More than 60 per cent of respondents said they are confident the province is prepared to deal with the outbreak in Manitoba, with more than 76 per cent responding they think all levels of government will be able to work together to respond to COVID-19 in Canada. 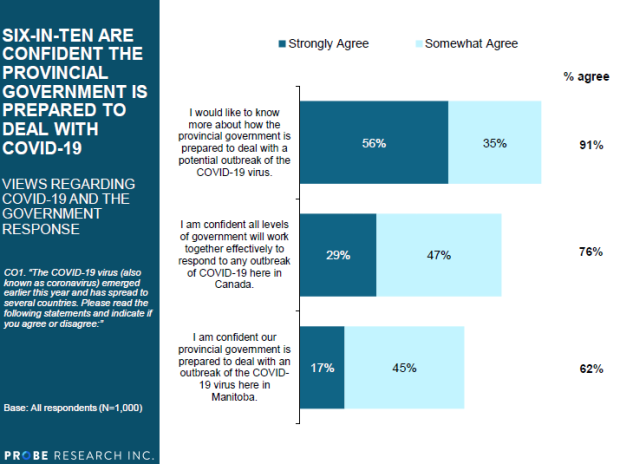 The survey found the majority of Manitobans do want to know more about how the province is preparing to deal with the pandemic. It also determined that rural Manitobans and those over the age of 55 are most likely to have confidence in the province.

DO MANITOBANS THINK VIRUS IS OVERBLOWN?

Probe Research asked Manitobans whether they think the virus, which has spread to several countries across the world, is being overblown for those living in Canada. In total 36 per cent of respondents said the crisis is being made into a bigger deal than it is.

When broken down into subgroups, the survey found it is men between the ages of 18 and 34 who are most likely to think the issue is overblown, with women over 55 being the least likely group to think its being blown out of proportion. 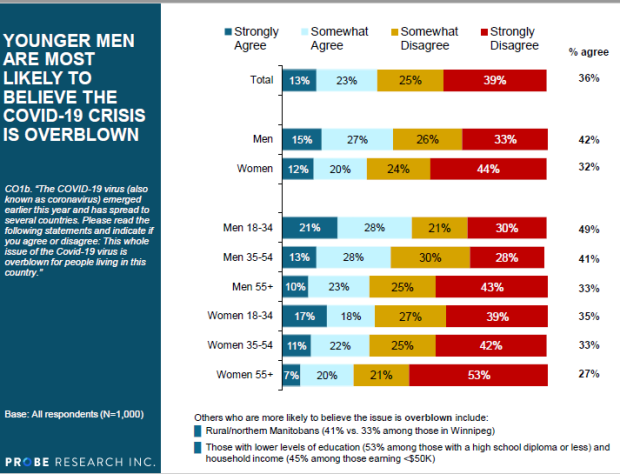 CONCERNS OVER ECONOMICS AND DEATHS 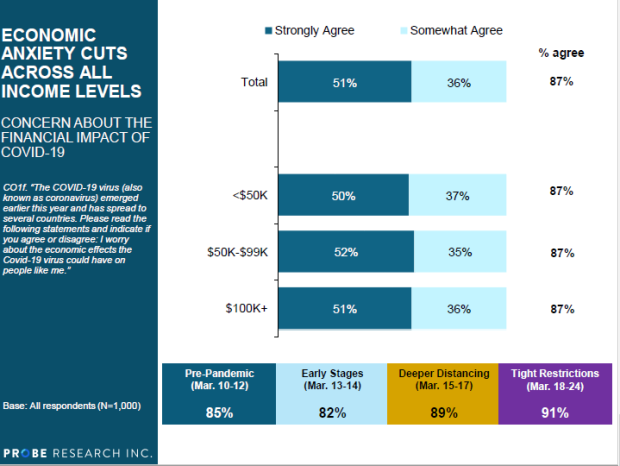 It also found that more than 85 per cent of Manitoba adults believed it was likely the virus will lead to deaths in the province. On March 27, health officials announced the first death from COVID-19 in the province. 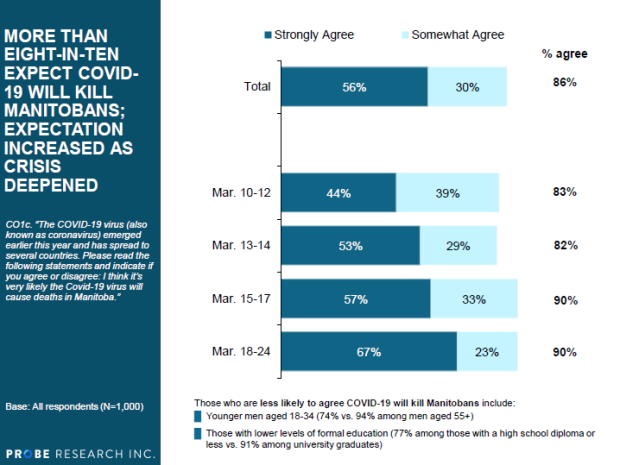 Probe Research said it can say with 95 per cent certainty the results are within a plus-minus 3.1 percentage of what they would have been if all adults in the province were surveyed. The margin of error is higher within sub-groups.