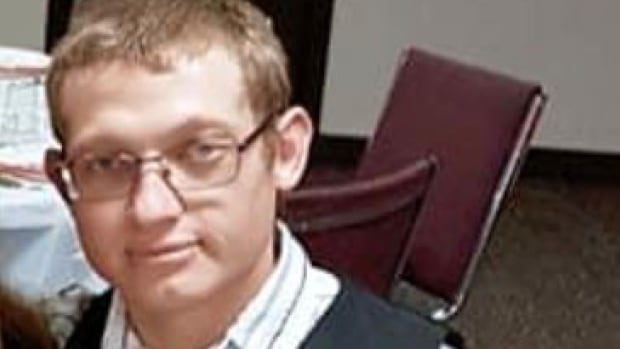 Two Winnipeg men are facing murder charges in the death of Gerhard Reimer-Wiebe, whose remains were found in Portage la Prairie last month.

Kyle Evan Sinkovits, 29, and Jonathan Bradley Narvey, 25, were both arrested by RCMP over the past two days, RCMP said in a news release Friday.

Both men are charged with first-degree murder, forcible confinement and indignity to a human body.

Reimer-Wiebe, 27, was living in Winnipeg when he died. A father of two, he had recently graduated from a drug recovery program for his meth addiction.

Police found his remains on June 24 near Baker Street, a residential area in Portage la Prairie, a city just over 80 kilometres west of Winnipeg. RCMP believe the remains were placed there roughly four days before they were found.

An autopsy later determined that Reimer-Wiebe’s death was caused by homicide.

First-degree murder charges can be laid when police believe a homicide was planned and deliberate, or involves certain other offences, such as kidnapping or sexual assault, according to the Criminal Code of Canada.

Sinkovits was remanded into custody and is scheduled to appear in Winnipeg provincial court on Friday, said RCMP.

Narvery was also remanded into custody and will be appearing in Winnipeg provincial court on Aug. 4.

Investigators received over 250 tips from the public about the case, RCMP said, and they’re in the process of examining debris from a house that burned down on Alfred Avenue in Winnipeg, which police have described as a location of interest in the case.

RCMP are continuing to investigate and expect to release more information in the coming weeks, police said.