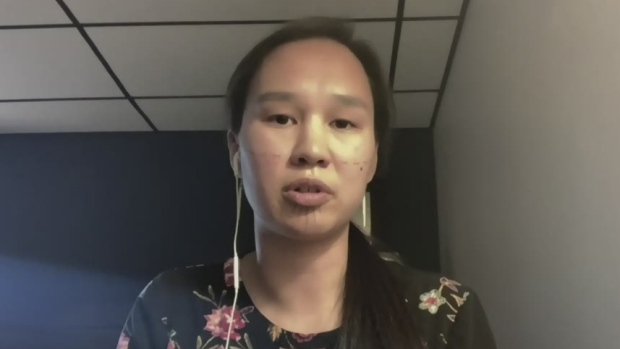 TORONTO — Nunavut’s NDP MP Mumilaaq Qaqqaq is urging the government to do more to provide safe housing in her territory after she visited several communities and saw widespread mould and poor living conditions.

One year after Prime Minister Justin Trudeau visited the territory and pledged to invest millions to tackle the housing crisis, the NDP representative has launched a petition in hopes of bringing wider attention to the issue.

“We know the need for safe housing and safe spaces is immense throughout Nunavut, but to actually see it first hand is something that has been extremely eye-opening … people are basically living in mould boxes,” Qaqqaq told CTV News Channel on Saturday.

Safe and affordable housing are longstanding issues in Nunavut. For years, the Nunavut Housing Corporation has described the situation as a housing crisis due to a lack of affordable homes, the high cost of construction and cramped conditions in existing spaces. The commission found that, in 2016, 38 per cent of tenants lived in overcrowded conditions, with that number rising to 72 per cent in some communities.

Last year, Prime Minister Justin Trudeau visited the territory and pledged $290 million over eight years in conjunction with Nunavut. At the time of Trudeau’s visit, more than 4,900 people were on waiting lists for public housing.

Since then, Qaqqaq said the federal government has yet to put those goals into action.

“It’s been made very, very clear that the federal government likes to talk about reconciliation but does not, through their actions, actually value Indigenous lives and Inuit lives,” she said.

Qaqqaq said five communities she visited all have at least 100 people on a waitlist for public housing. She described the living conditions as extremely stressful since many homes will often have two bedrooms with 10 people living in them.

Qaqqaq has been documenting her tour on social media to show the water-stained homes and rusting pipes that she said haven’t been fixed because of lack of funding. She said her goal with the tour is to raise awareness in hopes of fixing the problem.

Ceilings, windows & a furnace room in Kugaaruk. People deserve homes that are sustainable & SAFE. Communities struggle to keep up with the demand, there isn’t enough $$ or access to materials is extremely limited. The fed govt is restricting Inuit from living in healthy homes pic.twitter.com/PZgps3SHnU

“Of course, we’re upset but we need people to be upset with us because that’s the only time we actually see the federal government do something positive for Indigenous peoples,” she said.

Qaqqaq was elected in 2019, and she says she is focused on advocating for better living conditions for Indigenous communities and Inuit people.

“I hope that at least in my time in this position I can create awareness because the reality is that we talk about pride and being Canadian and what that means but we don’t actually talk about the dark history for Indigenous people,” she said.