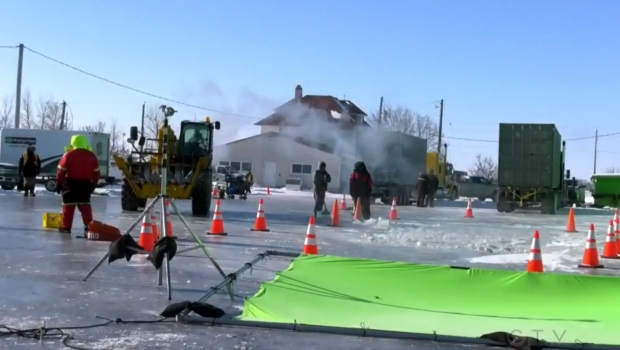 WINNIPEG — Cameras may start rolling in the next few weeks in Manitoba, as the province has eased restrictions for film crews coming into the province.

On Wednesday, under the new Phase Three plan for reopening the province, new guidelines were released for film production in Manitoba.

Starting June 21, people employed or affiliated with a film production will be able to enter Manitoba without self-isolating, as long as they have self-isolated before arriving in the province.

Rachel Rusen, the CEO and film commissioner at Manitoba Film & Music, said this new change brings more flexibility for productions to start back up in Manitoba.

Along with the eased travel restrictions, the province set out broad guidelines for film productions to follow.

Productions are asked to take steps to ensure the cast, employees and members of the public are able to physically distance from others except for brief exchanges.

Rusen said the industry has been working together to create additional guidelines for re-entering the workspace in a safe manner.

She said there are currently six productions in preparation which will begin to ramp up in the next few weeks. She said three locations are already in active production.

“We’re receiving additional inquiries and we’re certain we are going to become busy again, but of course we want to still do so safely,” she said. “We continue to develop best practices by way of our Manitoba industry working together and with stakeholders nationally and internationally as well.”

Rusen said she applauds the province for recognizing the film industry as an economic driver and said they are working hand-in-hand with unions, production crews, the City of Winnipeg and the province to get the cameras rolling.

“From March 21 when production live-action halted in Manitoba to when we are starting to roll cameras now – that is a quarter of our year,” said Rusen. “Coming off a year where there was over $260 million of production revenue, you can imagine it’s quite a loss, but we’re continuing to try to look forward and we are hopeful that we are going to see more action here in Manitoba.”

You can read the full Phase Three reopening plan below: