Home  »  News   »   Most Winnipeg bus riders wearing masks, but ridership down by half 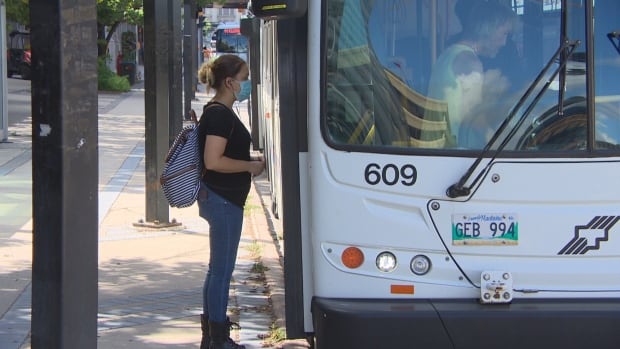 The City of Winnipeg says COVID-19 is taking a toll on transit ridership.

Even with safety measures in place, ridership is down by about 50 per cent from the same time last year, says Greg Ewankiw, director of transit for the City of Winnipeg outside of an infrastructure and public works committee meeting Wednesday.

However, he says nearly all users are abiding by the mandatory mask rule imposed at the beginning of the month — about 92 per cent of riders are complying.

That’s around the average compliance rate for other cities across the country, Ewankiw says.

Transit inspectors are working to educate those who aren’t abiding by the rule, unless they have a medical condition where they can’t wear one.

Last month, the city warned rule-breakers could face $100 fine for going maskless on the bus, but so far, Ewankiw says nobody has been fined.

“Our approach is information and education,” he said.

The union that represents bus drivers says its concerned about riders who don’t wear masks.

Romeo Ignacio of the Amalgamated Transit Union Local 1505 spoke at the committee meeting Wednesday and is calling on Winnipeg Transit to enforce the mask policy, moving toward ticketing riders who don’t comply.