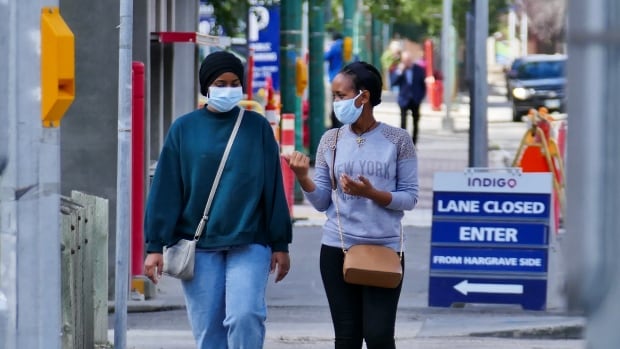 There are 15 new cases of COVID-19 in Manitoba on Friday, with eight of them in the Winnipeg health region, the province says in a news release.

Investigations into the new cases continue. More information will be released if a public health risk is identified, the release says.

Winnipeg now has more than half of Manitoba’s 287 active cases of COVID-19, with 160 active cases, according to provincial data.

Cases in Winnipeg were broken down into 12 districts on Friday morning, ahead of the province announcing the day’s new numbers.

That change, announced earlier this week, was made in response to hunger from Winnipeggers for more detail about where people with the illness live.

There are 12 people in Manitoba hospitalized with the illness caused by the novel coronavirus, including four in intensive care — an increase of one in each category from Thursday.

The province announced another potential public exposure to COVID-19 from early last week, though the exposure risk is low.

Manitoba’s five-day test positivity rate is now up to 1.4 per cent, the news release says.

To date, 1,393 cases of COVID-19 have been detected in Manitoba. Sixteen people in the province who contracted the illness have died and 1,090 have recovered, the release says.

A student at Churchill High School who tested positive for COVID-19 after going to class earlier this week “did everything they were supposed to do,” Chief Provincial Public Health Officer Dr. Brent Roussin said on Thursday.

Roussin cautioned against scrutinizing the student, saying that kind of attention could stop others from getting tested in the future.

That case was the first to be detected among students at reopened Manitoba schools.

The COVID-19 test site at Brandon’s Keystone Centre will close permanently after Saturday. A list of current testing sites in Manitoba is on the province’s website.

On Thursday, 1,457 more COVID-19 tests were done in Manitoba. That brought the total number of tests completed in the province since early February to 151,807.