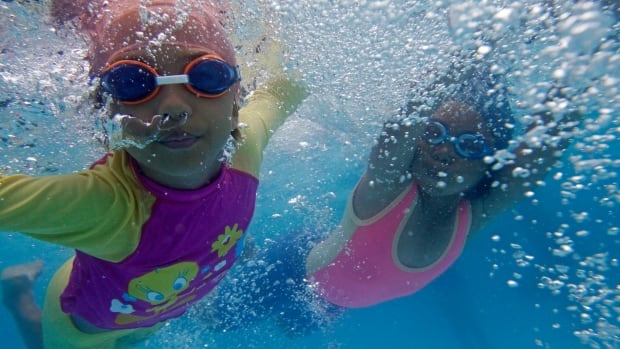 More than 500 temporarily laid-off staff will be returning to work as the City of Winnipeg gets set to resume more community programs and services.

About 400 staff in the community services department will be brought back in total, as the city prepares to reopen outdoor pools, wading pools, and its animal services agency, the city said in a Tuesday news release.

In an email, city spokesperson Felicia Wiltshire said that number includes 409 staff working in community services and 100 transit drivers. More than 200 staff are still laid off, after the city began laying off some employees in April in response to the coronavirus pandemic.

Outdoor pools and wading pools will be reopening as soon July 3, with capacity reduced to meet physical distancing guidelines, the city says. People will be encouraged to pre-book two-hour time slots in advance, as swimmers dropping in may not be able to go for a dip if the pool is at capacity.

More details on how to pre-book slots will be announced closer to the reopening of pools.

Pools will be cleaned between each interval, the city said. As well, users will have to come ready to swim, because lockers will not be available and the use of change rooms, washrooms and showers will be limited, according to the release.

Users will be pre-screened for symptoms of COVID-19 using a checklist, and anyone showing symptoms will not be allowed to enter.

Swimming lessons will not be available, and aquafit classes will be offered at select locations, the city’s release says.

Free admission will be provided at non-heated pools, but not heated ones.

Freight House, located in the city’s Centennial area, is currently not scheduled to reopen.

The city also said 33 wading pools are tentatively set to reopen on July 3, operating from 11 a.m. to 6 p.m. daily.

Other city services to resume

The city’s animal services agency will be partially reopening on Wednesday, the city announced.

The Logan Avenue facility will be open seven days a week for pet licensing, fee collection, lost dog reunions and adoptions. The kennels will remain closed to the public for now.

Safety measures will be in place, including staff training on new protocols and Plexiglas shields installed at the front counter.

The city also says the skywalk portion of the connected downtown pathway, which was closed in early April, will reopen on weekdays from 6 a.m. to 6 p.m., starting next Monday. It will remain closed on weekends.