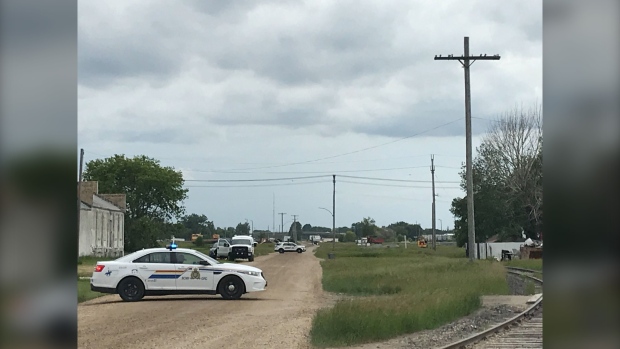 WINNIPEG — Manitoba RCMP announced on Monday that it will be charging two more people in connection with the Portage la Prairie homicide.

RCMP will make the announcement on Tuesday afternoon at 12 p.m.

RCMP had previously arrested Kyle Evan Sinkovits, 29, and Jonathan Bradley Narvey, 25, and each is facing several charges, including first-degree murder, in the death of 27-year-old Gerhard Reimer-Wiebe.

The remains of Reimer-Wiebe were first discovered in Portage la Prairie on June 24.

In early July, investigators were at a home on Alfred Avenue in Winnipeg that they believe was connected to the investigation. The home burned down in a fire on June 20.

Both Sinkovits and Narvey have appeared in court since being arrested.

The charges against them haven’t been proven in court.

– With files from CTV’s Danton Unger and Charles Lefebvre.