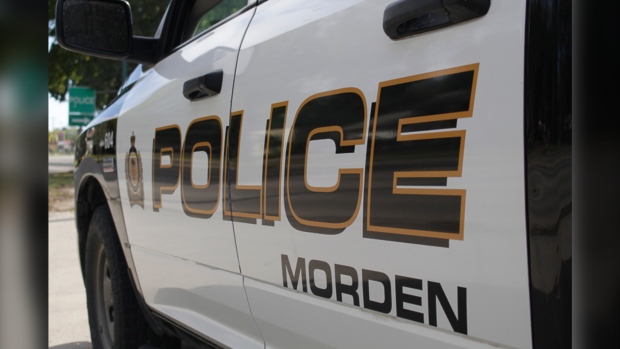 WINNIPEG — Morden Police have one person is in custody following an incident that took place Thursday afternoon.

The incident occurred in the 300 block of 6 Street at a housing complex.

Bruce Robert lives across the street and stepped outside his home for fresh air shortly before 9 a.m. when he saw a cop car. Robert said he didn’t think much of at first.

“All of a sudden, there was a very fast approach of police, and we knew something was going on,” he told CTV News Thursday evening after the incident was resolved. “I had gone outside, and an officer had walked by and said ‘you need to go in your house.’ He continued to go down the street, telling everybody to stay inside.”

The housing complex was also evacuated, Robert said, as police worked to resolve the incident. Police also briefly disconnected water and hydro in the area during the incident, it has since been restored.

With his cellphone, Robert captured footage of officers in full tactical gear breaking down a door to arrest a suspect. Popping sounds could be heard in the video.

“You could hear windows breaking, and they had punched the doors open in the front,” Robert said.

The police service posted on Twitter, and confirmed to CTV News, the incident was resolved before 5 p.m.

CTV News has reached out to Morden police for additional details on the incident.