WINNIPEG — Each year Charlynne Chubb takes a trip out to Hecla Island to visit the historic lighthouses. For her it’s more than a sight-seeing tour – it’s a return to her childhood home where her parents kept watch over the waters of Lake Winnipeg and served as the last resident lighthouse keepers of Gull Harbour.

When Chubb’s father, Olafur Grimolfson, who always went by ‘Oli’, returned from the Second World War, he was offered the job as resident lighthouse keeper at Gull Harbour.

Chubb said the job came with some perks – namely a small two-room cabin on the island, so Oli took the job. 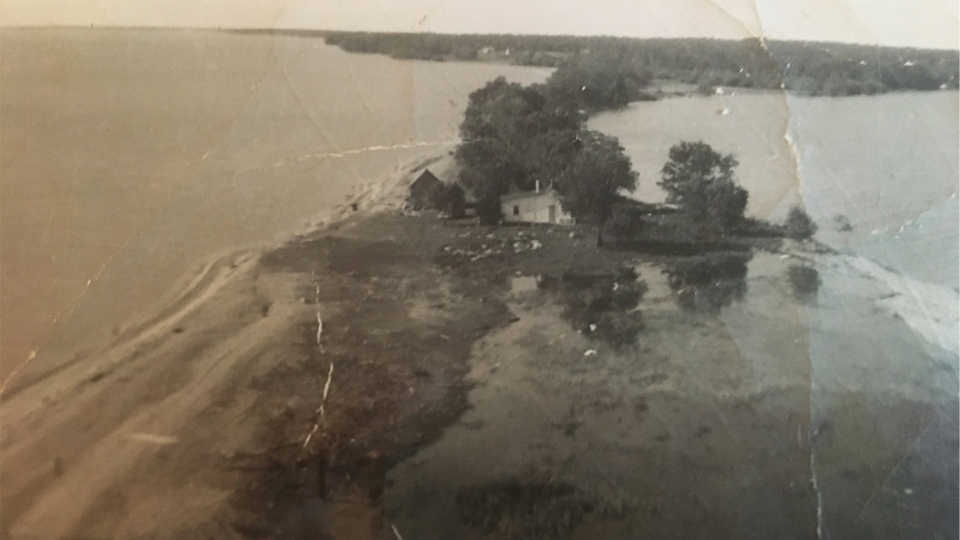 A picture of Charlynne’s childhood home, snapped from the very top of the lighthouse at Gull Harbour by Olafur ‘Oli’ Grimolfson. (Submitted: Charlynne Chubb)

Though he didn’t know it at the time, he had accepted a historic post – he and his young family would be the last ones to serve as the resident lighthouse keepers.

“I think it was a very important thing because I know for a fact that both Mom and Dad saved many lives,” Chubb said. “I know how dangerous it was – the job for my dad was really, really dangerous and a lot of people don’t know that.”

LIFE ON THE ISLAND AND THE PERILS OF THE LIGHTHOUSE

Though Chubb was only a young girl, around four to six years old at the time, she said she recalls life on the island.

The family, which included Chubb’s two sisters and younger brother, as well as her mother Eunice Gertrude Grimolfson, lived on the island full time during the summers.

They had a cow and chickens, a small outhouse, a garden, and a barrel buried in the ground that was filled with ice and used to preserve their meat over the summer. Chubb said the barrel is still on the island today. 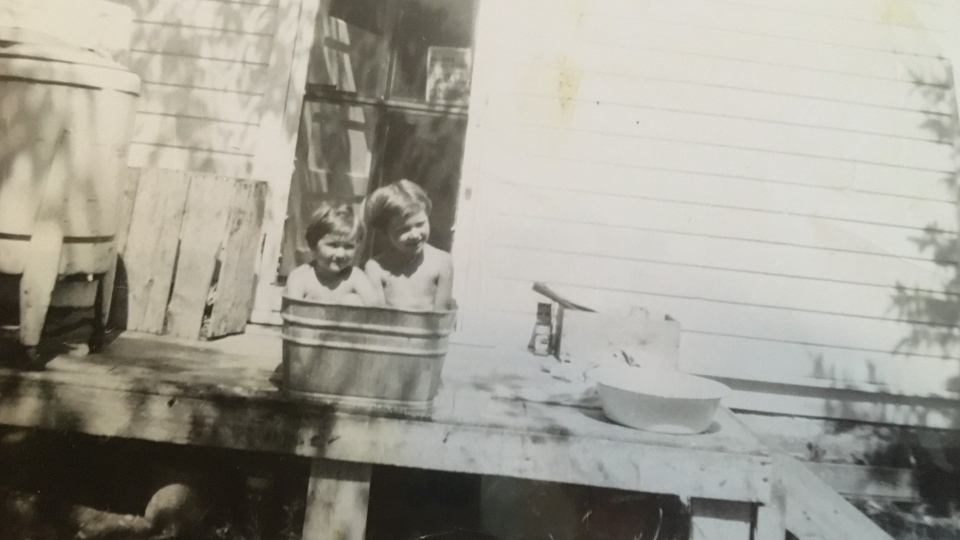 Because there was no electricity or running water on the island, Chubb said they would bath in a wash bucket (pictured) with water heated on the wood stove. (Submitted: Charlynne Chubb)

Two times a day, Chubb said Oli would climb the ten flights of stairs of the free-standing lighthouse, crawl through the wooden hatch, and make sure the mercury bath was full, and the light was rotating.

“My dad went up and down those stairs in storms, rain, hail, thunder, lightning, and wind – he was taking his life in his own hands many, many times,” she said.

Chubb remembers as kids, they were terrified Oli would be struck by lightning or fall from the lighthouse because of the wind.

“He would have to go up there and make sure that light was lit.” 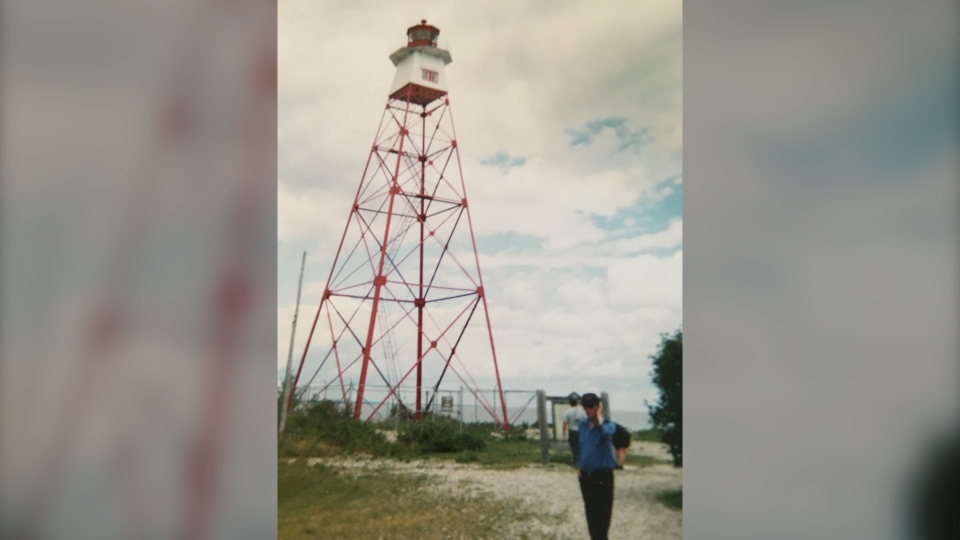 Olafur ‘Oli’ Grimolfson (pictured) is seen visiting the lighthouse on Hecla Island, the same one he and his wife kept for 13 years. (Submitted: Charlynne Chubb)

During foggy days, Oli would go to the smaller of the two lighthouses, which housed a foghorn. Chubb said it was similar to a massive accordion which made a huge sound to warn passing ships.

A CLOSE CALL IN THE NIGHT

Chubb said she remembers one night on the island a big storm had rolled in and had reduced visibility in the area.

In the middle of the night, she said her parents were woken up by a bright light shining through their windows.

“They got up and there was a large boat coming straight for the land and our house,” she said.

Oli ran for the little lighthouse to use the fog horn, Chubb said, and Eunice grabbed two lanterns and waved them back and forth in front of the house, trying to catch the attention of the boat.

“It turned just at the right time – it didn’t hit the shore,” said Chubb.

HOW AN ERA ENDED WITH A FLIP OF THE SWITCH

The Grimolfson family stayed on the island as the lighthouse keepers for 13 years until around 1960 when things changed. 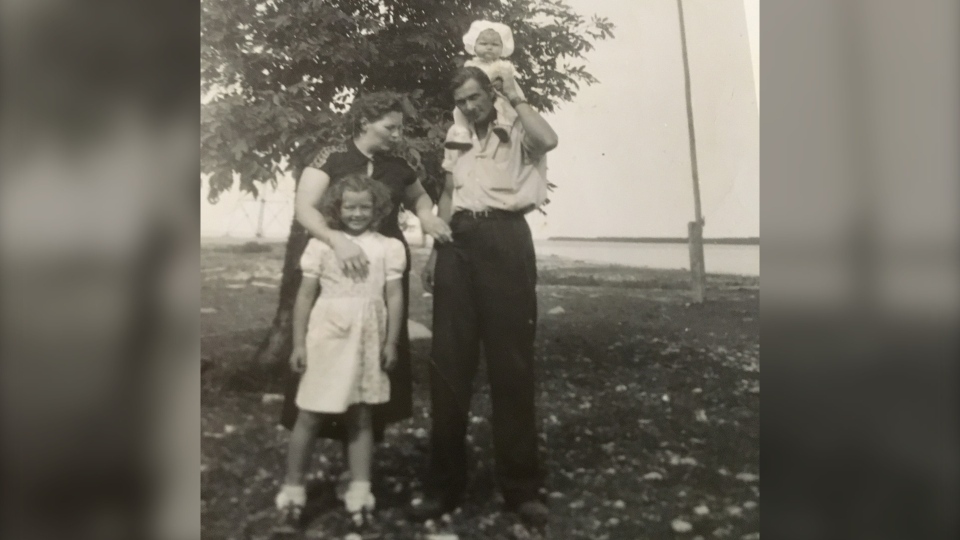 The Grimolfson family is pictured with Olafur ‘Oli’ on the right, Eunice Gertrude on the left, Charlynne on top, and her sister Cynthia in front. (Submitted: Charlynne Chubb)

Chubb said electricity was brought to Hecla Island, which meant the lighthouse no longer needed a resident keeper, and so the family moved off the island.

Shortly after that, Chubb said the government expropriated the land and turned Hecla Island into a provincial park.

According to the Canadian Coast Guard, the only two major shore lights in Manitoba are the lighthouse at Gull Harbour and the George Island Light, located about 150 kilometres north of Hecla.

In 1970 the job of being a lighthouse keeper began to change and has now become almost non-existent in Canada.

“Light stations in Manitoba have been de-staffed for some time now,” a coast guard spokesperson told CTV News.

“Technological developments in lighthouse equipment had made it possible to operate the lights and to activate foghorns without immediate human attention.” 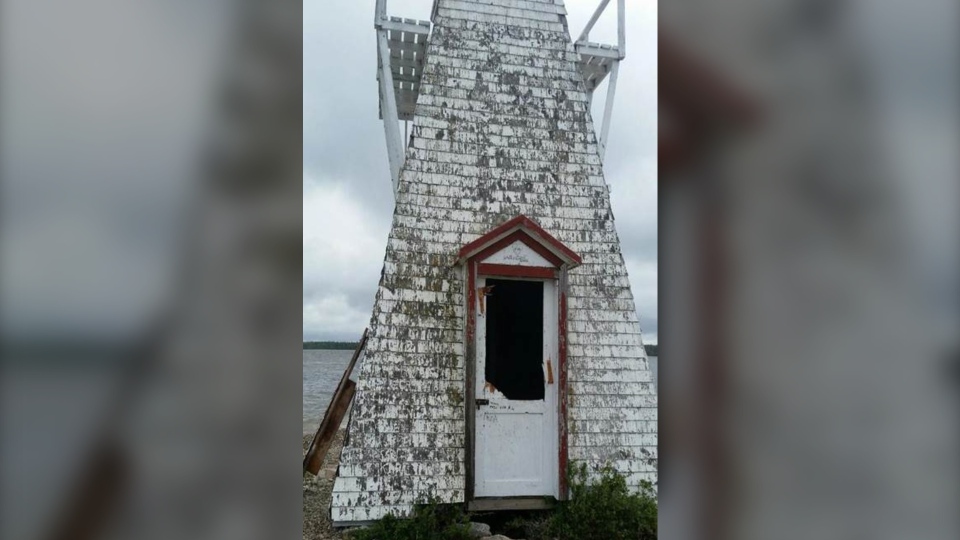 The smaller of the two lighthouses on Hecla Island had fallen into disrepair, before getting a face lift in 2019. (Submitted: Province of Manitoba)

They said lighthouses across Canada have are now automated, with the expectation of a few remaining lighthouse keepers in Atlantic Canada and British Columbia who serve as extra eyes on the water, monitor the VHF radio 24/7 and submit weather reports for Environment Canada.

THE CONNECTION TO THE ISLAND REMAINS, CHUBB SAYS

As for the lighthouse at Gull Harbour, it received a facelift. In 2019, the Province of Manitoba restored the smaller of the two lighthouses, complete with new shingles and a repainting. 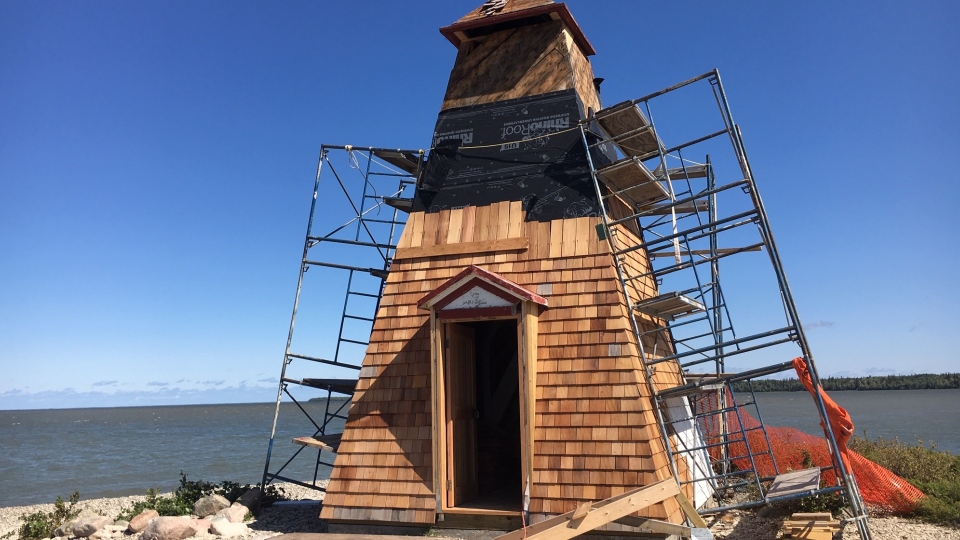 The provincial park holds more than nostalgia for Chubb. When her parents passed away, the family spread their ashes on the waters at the lighthouse. Chubb said she still visits the lighthouses every year.

“It’s very melancholy. I feel very connected to my parents when I’m there,” she said.

“I feel like I belong there – like I should never have had to move away from there. Like I could have had a life out there if things weren’t changed so drastically.”