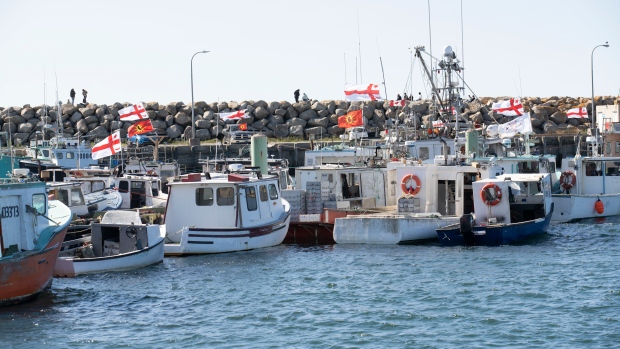 WINNIPEG — The Manitoba Keewatinowi Okimakanak Inc. (MKO) is holding a Horse Spirit Ride ceremony on Wednesday afternoon in support of the Mi’kmaq fishers.

The ceremony, which is not open to the public, will end at the Manitoba Legislative Building at 2 p.m., with Indigenous leaders sharing messages of solidarity with Mi’kmaq fishers, who are currently part of an ongoing dispute with commercial lobster fishers in Nova Scotia.

Among the issues in this dispute is Indigenous people’s right to make a ‘moderate livelihood’ and fish outside the federally-determined fishing season. These rights were put into place in treaties hundreds of years ago and upheld by the Supreme Court in 1999.

Now, some non-Indigenous critics are highlighting a clarification issued by the court that says the rights were to be subject to federal regulations as proof the rights could be reinterpreted.

The ceremonial Horse Spirit Ride, which will be broadcast on the MKO’s Facebook page, will begin with a drum song and prayer at the RCMP D Division headquarters.

The Oyate Techa Riders will then travel to the Manitoba Legislative Building, where a press conference will take place. This press conference is open to the public, but the MKO asks those in attendance to wear a mask, practice physical distancing and sanitize their hands.

The MKO initially planned to hold a march in solidarity with the fishers, but decided to cancel it due to concerns over the high rate of COVID-19 in Manitoba.

-With files from CTV’s Ben Cousins and Jonathan Forani.