SUDBURY — The remains of a missing 74-year-old woman from Sault Ste. Marie have been found on St. Joseph Island.

Sally Gibson was last seen on Aug. 6 and was thought to be travelling to the Winnipeg area.

Her body was found by officers from the East Algoma detachment responding to a call about an abandoned vehicle on a logging road on the S Line in Hilton Township on Aug. 25. 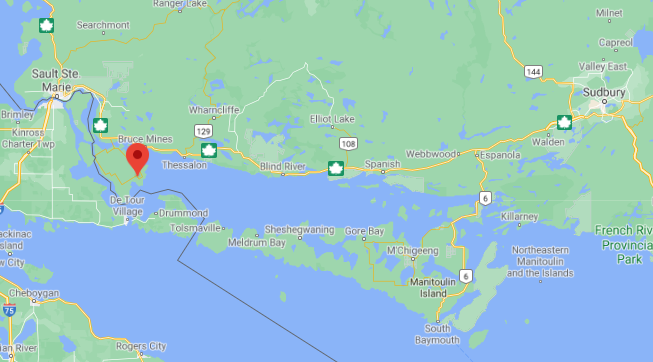 An autopsy took place in Toronto on Aug. 31 and police identified Gibson as the victim late Wednesday morning.

When asked if foul play is suspected, OPP Const. Bev Gauthier said: “All I can say is our investigation is continuing.”

The crime unit is working with the coroner’s office and Ontario Forensic Pathology Service on the investigation.

The same day Gibson’s remains were found, another body was also found near Latchford, just under 500 km away. The deceased has been identified as a missing hiker from Pickering. Read about it here.

More details to come as they become available, check back for updates.