Home  »  News   »   Millions of Canadians will be maxing out their 16 weeks of CERB soon. Then what? 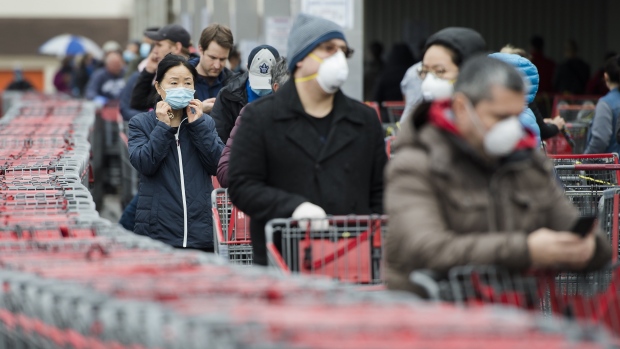 OTTAWA — By the first week of July and through the summer, millions of Canadians will come to the end of their 16-week eligibility period to claim the Canada Emergency Response Benefit. This is prompting serious questions about what will happen to those who have been on the program since it first launched, but are still out of a job and without income due to COVID-19.

In an interview on CTV’s Question Period airing on Sunday, Employment Minister Carla Qualtrough says the federal government will not abandon those who are set to run out in three weeks, but it remains unclear whether their eligibility will be extended or amended and what the government is offering to those who will have already accessed the full $8,000 available through CERB.

“We will be supporting Canadians. We’re working on the best way to do that, perhaps through CERB in a way that doesn’t disincentivize work and keeps supporting people, because there won’t be many jobs but we want people to take the ones that are going to be out there,” she said.

As of June 4, the federal government has spent a total of $43.5 billion sending more than 8.4 million Canadians the $2,000 monthly payments. Qualtrough said an extension—as the NDP have called for— would amount to approximately $17 billion each month the program remains in place under the current parameters.

According to Qualtrough’s office, close to 1.2 million Canadians have dropped off the program before maxing out their 16-week eligibility, meaning they have either gone back to work or have been moved onto the wage subsidy program through their employer.

The first application period opened in early April, and Canadians are able to claim the benefit for a maximum of 16 weeks between March 15 and October 3, meaning there will still be Canadians receiving funding for weeks to come, but others are soon going to run out.

The government tried to pass changes to the program that would allow the flexibility for people to apply for two-week periods instead of the current four, as well as to add a new requirement to make a reasonable return to work if that’s offered, but a partisan battle over the proposal in the House of Commons prevented the bill from moving forward.

Already, more than 190,000 Canadians have had to repay the money they received from CERB to the Canada Revenue Agency because they were not eligible for the benefit. It could have been that they were unknowingly covered under another COVID-19 federal aid program, had been rehired during the time they were still receiving CERB, or had applied out of confusion during the early days of the program.

Further, the CRA says it has received 600 tips of alleged misuse of CERB claims that it is investigating.

The defeated bill would have also brought in tough new penalties for those who knowingly scammed, or tried to scam the system, and not those who may have double-dipped as an “honest mistake,” as the prime minister has put it.

In the interview, Qualtrough was asked how pervasive she thinks fraud has been through the CERB program and she said the estimate is about one to two per cent of applicants, based on fraudulent behaviour in other government programs.

“But the reality is because of the way we’re doing our integrity and following up on applications, we’ll have a much better sense once we do all the backend work. In the meantime though, we are not going after vulnerable people as it’s being suggested by some parties. In fact we’re trying really hard to go after the people who are preying on vulnerable people,” she said.