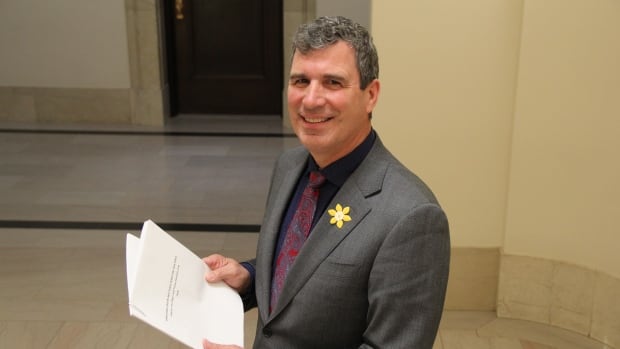 The largest union representing Manitoba public servants says it won’t lobby Ottawa to support a reduced work week until the provincial government clarifies which workers would be affected.

A member of the provincial cabinet says that detail is irrelevant.

The Manitoba Government and General Employees’ Union said it was given an ultimatum to decide whether it will support Premier Brian Pallister’s proposal for a reduced work week for “non-essential” public servants.

Pallister wants public-sector unions to help lobby the federal government to allow a federal work-sharing program —aimed at easing the economic impact of the COVID-19 pandemic — to apply to public servants. It currently applies to private-sector workers.

In a letter to the premier, MGEU president Michelle Gawronsky said her union won’t lobby in favour of the plan unless the Progressive Conservative government clarifies which workers would see their weeks reduced, as well as how many of them and over what timeline.

“Please be advised that the MGEU cannot respond to the above requests in the absence of even the most basic information,” Gawronsky wrote in the letter.

“We cannot engage with our members about significant workforce reduction proposals without knowing which members we would be approaching, what the impact would be, and for how long it might be felt.

“It is impossible for us to proceed on these requests.”

On Friday, Central Services Minister Reg Helwer — who is responsible for the civil service — said it doesn’t matter which workers would be subject to a reduced work week.

“We’re looking to see if Ottawa will apply the program to Manitoba’s unionized workforce and we have not heard back from Ottawa yet in that regard. I don’t think it’s really relevant which workers,” Helwer said during a press conference.

“We are working with all departments to look at what the opportunities might be, and where.”

Gawronsky said in her letter the province suggested a work-sharing agreement that would see “work schedules and workers’ pay reduced significantly, and voluntary reduced work weeks.”

She said she was told layoffs would be necessary whether the union goes along with the plan or not, and was told the province may introduce legislation to reduce work weeks.

The province initially gave MGEU a week to respond, Gawronsky said, but changed that demand to a same-day answer on Thursday.

“Although our union is willing to listen to and discuss employer proposals with an open mind, and in turn to engage our members on what they are being asked to consider, the lack of information and arbitrary timelines are completely unreasonable,” she said.

On Thursday, Pallister said Ottawa has made it clear it would allow Crown corporations to be subject to a federal work-sharing program.

Federal officials have yet to confirm this.

Pallister also said Thursday it is up to Justin Trudeau’s Liberal government and the unions to prevent layoffs.

“Frankly, if the unions and the federal government want to force us to do layoffs, we’ll have to do some layoffs,” the premier said on Thursday. “There’s no doubt about it.”