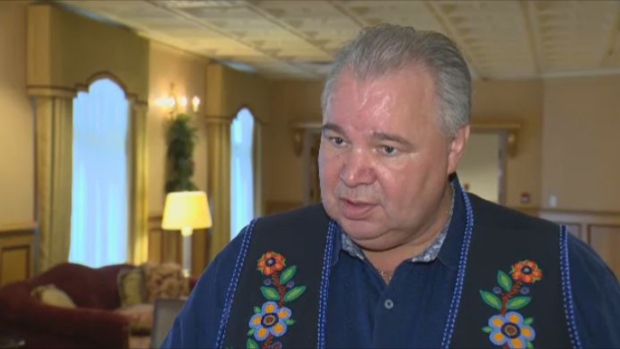 WINNIPEG — The Manitoba Metis Federation (MMF) announced on Friday that the organization has sent a letter to the Manitoba Human Rights Commission, alleging systemic discrimination against the Metis people throughout the COVID-19 pandemic.

The letter was sent as a complaint against the Manitoba government, Cameron Friesen, the minister of Health, Seniors and Active Living, and Dr. Brent Roussin, the province’s chief provincial public health officer.

David Chartrand, who is the president of the MMF, said the government has been unwilling to work with the Metis nation, despite working with other Indigenous people in the province.

He noted the federation had contact with the government in early April as it wanted to enter into a data-sharing agreement with the province allowing it to confirm the identity of Metis citizens.

Chartrand said the problem the federation faced was he claims the province said self-identification wasn’t “sufficient evidence” of being Metis.

“We have a database of over 50,000 Metis citizens in our database. So when you start looking at it from that context, we have a very vast amount of knowledge of where our people live, their families, and who they are,” said Chartrand.

He said First Nations carry treaty cards for identification, adding he feels it is unfair the government won’t work with the MMF because if the identification issue.

“Dr. Roussin is a doctor, first he has an obligation. But more importantly, the premier and the minister of health have an obligation for all Manitobans, not a selected few,” said Chartrand.

He said he feels like the Metis are being punished for disagreements in the past.

The MMF said there have been repeated efforts to get in contact with the government from April to August.

The MMF said on Thursday it did receive a letter from minister Friesen to start a discussion but Chartrand said the letter will not stop the Human Right complaint.

CTV News has reached out to the provincial government for comment and has yet to hear a response.