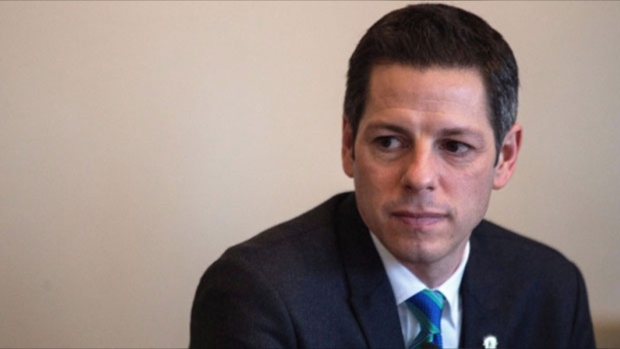 WINNIPEG — Winnipeg’s mayor says he is calling on the federal and provincial government to help struggling local businesses and the city’s at-risk homeless population, as the growing COVID-19 pandemic continues across Canada.

On Wednesday, Mayor Brian Bowman said he, along with a number of other big-city mayors, have been talking with Canada’s Deputy Prime Minister Chrystia Freeland about support for local businesses and the homeless community.

“This is not going to be a short-term effort. We know this is going to take some time, and we know that this is really affecting our business community, and we are very concerned about how it may affect our most vulnerable citizens,” Bowman said.

He added the social distancing strategies and other precautions taken by businesses to combat the COVID-19 virus have had a huge financial impact.

This comes after the federal government announced it is prepared to spend a combined $82 billion on direct financial help and economic stimulus in response to the pandemic.

The measures outlined by Prime Minister Justin Trudeau on Wednesday include deferring the tax deadline, subsidies for small businesses, as well as targeted assistance for vulnerable demographics.

“The Deputy Prime Minister was crystal clear that their efforts today is intended to support our most vulnerable, as well as our business community,” Bowman said.

Winnipeg’s homeless shelters have also been working together to create a unified response to the crisis, according to Jay Shay, the manager of Winnipeg’s Emergency Operations Centre.

He said End Homelessness Winnipeg, the Main Street Project and other shelters in the city are meeting on a daily basis via conference calls.

“They are actively working together to try and figure out how they are best going to serve,” Shaw said.

-with files from CTV’s Rachel Aiello