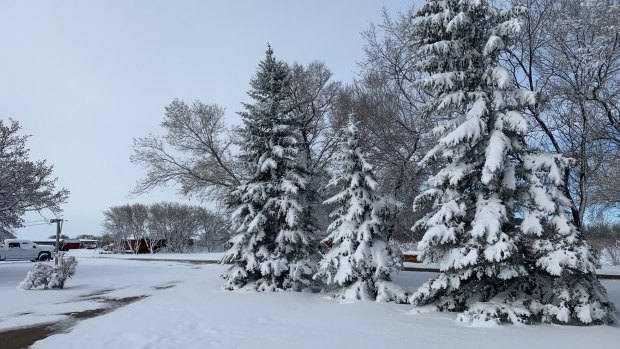 WINNIPEG — Instead of May flowers, Manitobans in the southwest part of the province received a blanketing of snow for Mother’s Day weekend.

According to Environment Canada, the Brandon area got up to 10 centimetres of snow.

Environment Canada issued a special weather statement Friday night for the southwestern area of Manitoba, saying there will be rain which could transition into heavy snow.

The storm is over, and Manitobans are left shovelling their sidewalks despite it being the second week of May.

The weather will improve as the temperature is predicted to climb closer to the seasonal average.

Below is a gallery of photos showing the snowfall in Minnedosa.