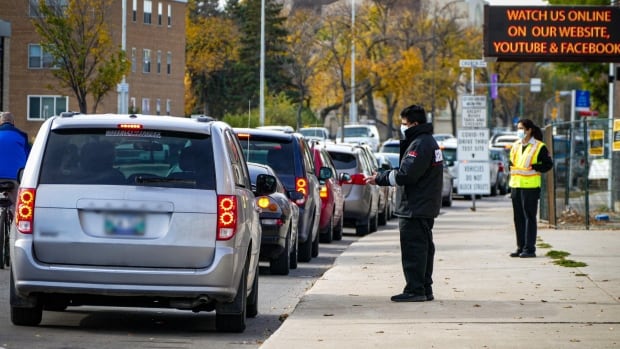 Manitoba’s top doctor will give an update on COVID-19 in the province on Thursday afternoon.

One of those deaths was a resident of Parkview Place, the fourth COVID-19 death at the downtown Winnipeg care home.

That’s the same number of resident deaths as at Bethesda Place in Steinbach, which was previously the single deadliest care home outbreak in the province.

Manitoba also set a new record for tests done in a single day, with 2,395 completed on Tuesday. People in Winnipeg have been waiting hours for a COVID-19 swab at the city’s testing sites.

Meanwhile, some Manitobans say they’re facing frustrating wait times for their COVID-19 test results and on the phone with Health Links.

At a news conference on Wednesday, Premier Brian Pallister promised more testing sites in the city, which currently has five. He also said he’s pushing for Winnipeg’s existing sites to be open longer.

Masks must now be worn in all doctors’ offices and community service providers affiliated with the province’s health regions, though there can be accommodations for people not able to wear masks for medical reasons.

New rules for restaurants and bars, including cutoff times for liquor and dine-in service, also took effect in the Winnipeg area on Wednesday.