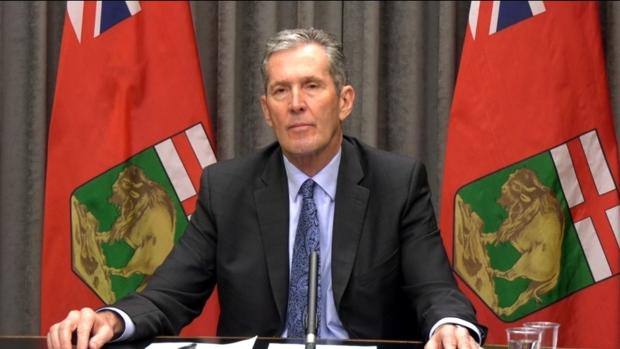 WINNIPEG — The Manitoba government has released its plan for the third phase of reopening the province, which raises group size limits, eases travel restrictions, and removes restaurant capacity limits.

On Wednesday, Manitoba Premier Brian Pallister released the finalized plan for Phase Three, which will come into effect on June 21. This comes less than a week after the province released the draft plan.

“There is a lot to take into consideration when we restore our services safely,” Pallister said. “I want to say thanks to the tens of thousands of Manitobans who have given us advice, shared their thoughts, and provided us with feedback as we move very carefully into our phased approach of economic and pandemic recovery.”

Under the new plan, group sizes will be increased to 50 people at indoors gatherings, and 100 people at outdoor gatherings. This applies for social gatherings, worship, weddings and funerals, powwows and other Indigenous spiritual and cultural events.

The maximum capacity of 300 people has been removed at any site, as long as the gathering can be physically distanced and divided into subgroups of 50 or fewer people indoors, and 100 or fewer people outdoors, to a maximum of 30 per cent of the usual capacity.

People gathering at these events are advised to physically distance themselves from people outside of their household, except for brief exchanges.

The province said it recognizes that peaceful public rallies may take place, and, if they do, participants can use medical or non-medical masks and practice physical distancing.

As of June 21, people traveling from British Columbia, Alberta, Saskatchewan, Yukon, Northwest territories and Nunavut, as well as people living in the area of northwestern Ontario, west of Terrace Bay, can visit Manitoba without having to self-isolate for 14 days if they are not showing symptoms and have no known exposure to COVID-19.

People from these provinces and territories are also allowed to travel directly to parks, camp grounds, cabins, lodges and resorts north of the 53rd parallel in Manitoba.

Anyone travelling to northern Manitoba must continue to respect restrictions put in place by local communities and First Nations.

People coming from other province in Canada are required to self-isolate for 14 days upon their arrival.

The province said restaurants, bars, beverage rooms, brew pubs, microbreweries and distilleries can fully open patios and indoor spaces, as long as tables and seating is arranged so there is temporary or physical barriers, or two metres of separation between the people sitting at different tables.

The province said standing service is not allowed and dance floors are to remain closed. These businesses must also implement measures to make sure people who are not seated are still able to maintain a separation of at least two metres from others.

OTHER CHANGES IN THE THIRD PHASE PLAN

Other changes that are detailed in the third phase draft plan include:

You can read the full plan below: