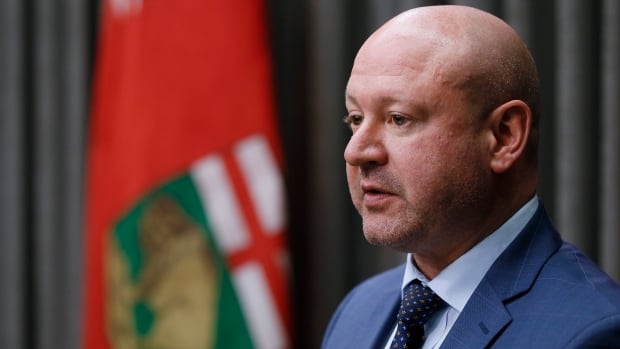 Manitoba’s chief public health officer will give the latest details on COVID-19 in the province at a news conference Friday afternoon.

On Thursday, 25 new cases of the illness caused by the novel coronavirus were announced in Manitoba, bringing the total number of active cases in the province to 218. Seven people were in hospital, including three in intensive care.

The biggest chunk of the new cases were in the Prairie Mountain Health region, which includes the city of Brandon — the site of a COVID-19 cluster that, to date, has 67 known cases.

The cases announced Thursday included five kids under the age of 10. Four of them were in Winnipeg and one was in the Prairie Mountain region.

The province also started breaking down the location of new COVID-19 cases into more granular detail on Thursday, with an updated online information portal that now links cases with one of 68 different districts across Manitoba. Before that, cases were only identified by which of the province’s five health regions they were in.

More details about Manitoba’s back-to-school plan were also announced on Thursday. Students in grades 5 to 12 will now have to wear face masks while riding the bus, and will be strongly recommended — but not forced — to wear them in crowded spaces and common areas at school, officials said.