Home  »  News   »   Manitoba’s botched quarry rehabilitation program has no record of tendering any project since 2005: report 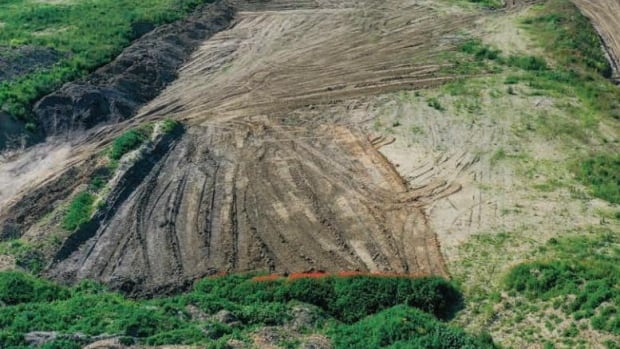 A scathing report finds a government program that rehabilitated old, depleted quarries in Manitoba contained no clear guidelines for choosing projects, reporting revenues and no evidence a single contract has been tendered since 2005.

And that’s only what’s been made public.

Some details of the auditor general’s investigation of Manitoba’s Quarry Rehabilitation Program have been kept confidential since it may be used in legal proceedings.

The government requested the audit in 2019 after suspending the program a year earlier after unearthing financial irregularities.

The program was designed to collect levies from aggregate quarries operators and use those funds to rehabilitate depleted pits and quarries. Material pulled from such quarries is generally used in the construction industry.

The program would receive applications from landowners and, in turn, pay contractors out of the reserve account once work is finished.

In practice, the department was mismanaged, the report found.

The program was supposed to tender contracts over $50,000 as of 2013, but department staff had no memory of awarding any tendered projects from 2005 onwards.

In order to avoid tendering, the department would break down large projects into smaller components worth less than $50,000, per year, the report said.

“In our investigation we found one large site with several projects over three years, dividing what was really one large project into a series of smaller projects of less than $50,000 each.”

The auditor general’s office couldn’t find a clear rationale for deciding the projects worthy of rehabilitation. The program did not guide staff to prioritize projects based upon safety and environmental risks.

In one case, the department couldn’t explain how much of the rehabilitation levy a specific landowner or contractor paid. Three different amounts were provided, but it was unclear which one, if any, were correct.

The report noticed the department wasn’t ensuring if the money owed by landowners or contractors was being paid.

The inspectors had undue influence over much of the program, the auditor general’s report determined.

In addition to overseeing the work, the inspectors also picked the rehabilitation projects and hired the contractors, providing the landowner had not already specified.

“Because inspectors are responsible for the monitoring of contractors’ work, being able to select contractors for rehabilitation work is an incompatible function, as favouritism and other inappropriate relationships, such as hiring friends, could develop,” the report found.

The report also found there was inadequate photos and videos kept of the rehabilitation sites. In some files, the mines inspector and auditor general’s engineering expert couldn’t determine what work was done, where, and if the amount of work that was billed was reasonable.

“In fact, as one of our procedures we used Google Earth and compared it to the information included in these files, and found discrepancies.”

The government said the auditor general’s report validates the province’s concerns, which prompted the audit in the first place.

“The department takes the findings … very seriously, and is committed to ensuring that we use taxpayers dollars responsibly to address safety and environmental issues on depleted pits/quarries and is undertaking a complete redesign of the program,” a government spokesperson said.

“The program is currently paused while discussions take place on how to proceed.”

The province said it is still reviewing whether the matter will be referred to police.