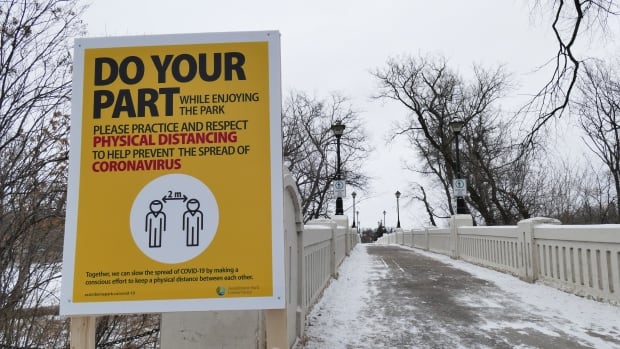 Manitobans made 99 calls to RCMP about COVID-19 enforcement issues in one week, including one call that resulted in a man being ticketed and charged for refusing to self-isolate, the police force says.

Most of the 99 calls from April 21 to 27 were to report groups of 10 people or more gathering in one place and not respecting orders under the Public Health Act, RCMP said in a Tuesday news release.

Enforcement was not needed in most of the calls, the release said, because the issues were either not something RCMP are responsible for enforcing or were resolved through “education and/or guidance” by officers.”

Police issued verbal warnings after responding to seven of those calls, and issued one ticket.

In an incident on Saturday, Gillam RCMP located a man who had been told by medical staff at a local hospital to self-isolate for 14 days while waiting for COVID-19 test results. The man told workers he would not comply and left on foot.

When police found him, he again refused to go home and self-isolate.

He was charged with failing to comply with a provincial emergency order under the Public Health Act and ticketed.

RCMP reminded Manitobans not to call 911 for COVID-19-related issues. Non-compliance complaints can be made to the Manitoba government inquiry line at 1-866-626-4862.