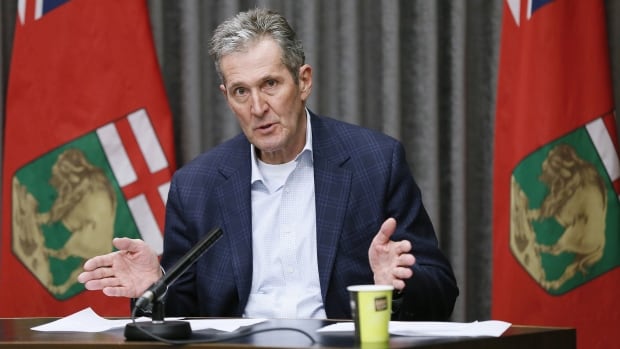 The Manitoba government is expanding its scholarship and bursary funding program, and will match money raised by post-secondary institutions for scholarships and bursaries this year, Premier Brian Pallister announced Wednesday.

The provincial program, announced in 2016, previously saw the province add one dollar to the scholarship and bursary fund for every two dollars raised by universities and colleges.

“It is a challenge for post-secondary institutions anytime to raise money for scholarships and bursaries. With the economy with the present state it’s in, we expect that these challenges will not be less,” he said at a Wednesday afternoon news conference.

“We want to make sure that we’re taking steps to lessen the burden on our post-secondary institutions during this pandemic.

“At the same time, we want to make sure that the scholarships and bursaries are available for those who need them, when they need them.”