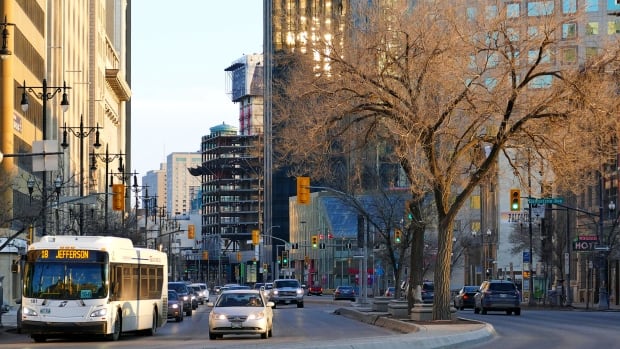 Pallister said “additional steps” aimed at compelling Manitobans to comply with public health orders intended to slow the spread of COVID-19 are “on the radar” and he will elaborate later this week.

“It is a concern when people refuse to understand the hurtful consequences of their thoughtless conduct,” Pallister said during a press briefing.

The province must first determine whether what it has planned is constitutional, but he said, the need is growing more pressing as the weather warms.

“We all know that this is a beautiful place in the spring and people are going to want to get out,” Pallister said. “I’ve seen more people walking than I’ve seen in years, and not everybody is necessarily religiously adhering to the guidelines.”

“We’re going to continue to escalate our orders as necessary and we are continuing to find ways to to further enforce these orders,” Roussin said.

“So we are looking at ways to try to enforce orders in those circumstances because we need Manitobans to realize that this is serious.”

Pallister has repeatedly asked Manitobans to be vocal when they see people disrespecting public health orders.

As a result, some Winnipeggers have been reporting physical distancing violations to 911, Winnipeg police spokesperson Const. Rob Carver said.

There is nothing Winnipeg police can do with this information, Carver said.

“We have no resources to send out to talk to people to to just generally speak about their concerns. It’s not an emergency from a law enforcement standpoint,” he said during a Monday press briefing.

Winnipeg Mayor Brian Bowman said Monday he wants “clarity” from the province about the enforcement of physical distancing measures and wants it “very soon.”

Bowman said the city is fielding numerous inquiries from Winnipeg residents about gatherings of people that break provincial health orders.

“If we can work to support and complement their efforts, that is something we will do…we are certainly hearing questions and concerns about people not following social distancing,” Bowman told reporters on Monday.

Bowman said he’s raised the issue with the province for several days and has yet to receive direction. He pointed to municipalities such as Toronto, Mississauga and Vancouver, where stiff fines are in place for ignoring distance orders.

“We obviously need to get clarity on that very soon because with each passing day, if folks aren’t following the recommendations from Manitoba Health, they’re putting their own safety and the safety of our community in jeopardy,” Bowman said.

The province also will decide what advice to provide Manitobans about visiting cottages, provincial parks and wilderness areas this spring,  Pallister said.

He said the province must balance the health benefits of outdoor recreation with the potential harm caused by people travelling within the province and potentially transferring COVID-19 to other people.

Roussin said there are no plans to close parks, as that could lead to unintended consequences such as leading people to visit crowded areas.

He also said would prefer Winnipeggers stay at home and not visit cottage country.