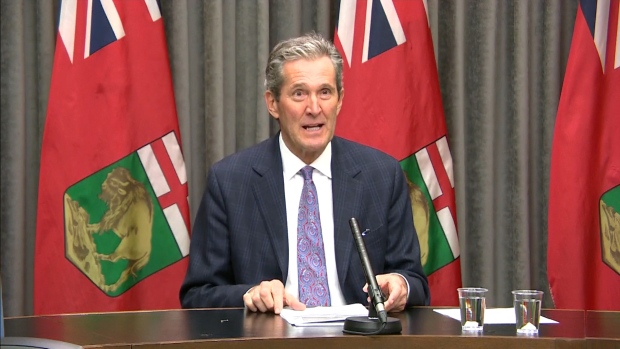 WINNIPEG — The Manitoba government will release a draft plan for the third phase of reopening the province.

The first phase of the province’s reopening came into effect on May 4 and saw some retail businesses and services reopen, such as dentist offices. Restaurants were able to offer patio and walk-up services.

The second phase, which came into effect June 1, restored dine-in services at restaurants at 50 per cent capacity, allowed swimming pools and splash pads to reopen, and allowed travel to resume to northern Manitoba campgrounds, parks, cabins, lodges, and resorts.

The third phase, according to a post on the province’s website, would occur no sooner than June 21, but actual dates would be based on evidence from public health officials.

Items that could be included in a potential third phase of reopening include casinos, movie theatres, amusement parks, and other similar outdoor recreation businesses.

As of Wednesday, the province has reported 300 cases of COVID-19 since March. No new COVID-19 cases have been announced for five consecutive days.