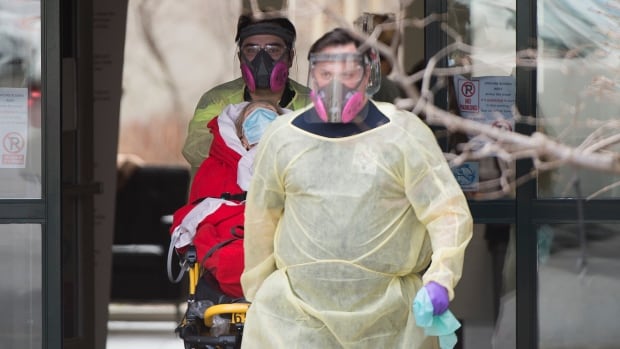 Manitoba is about to become the latest province to ban health-care workers from working at more than one facility — a move intended to prevent COVID-19 outbreaks in personal care homes.

“The provincial government says that as of May 1, 2020, staff will have to work at only one site,” CUPE 204 members were told in a union memo dated April 24.

Shared Health systems lead Lanette Siragusa has said for weeks that the province intended to make this change. Personal care homes in Ontario, Quebec and other provinces have been hit hard by COVID-19.

CUPE 204 president Debbie Boissoneault said she supports the change to reduce the possibility of an outbreak in a Manitoba personal care home.

“We don’t want it to be spread  form one place to another,” she said Monday in an interview.

The province still has to determine how workers who cobbled together two or more part-time jobs at multiple facilities will get paid, she said.

“The employer is saying they will try to make everyone whole. This means trying to provide you extra hours at the site at which you choose to work,” CUPE 204 members were told on April 24.

“If you have more than a full-time [equivalent hours] between your sites, they are also trying to figure out how they will handle that. CUPE has stated members should not lose income during this process.”

Boissoneault said the province must ensure workers receive more training so they can work more hours in one facility, blaming the province for creating “a monster” by replacing full-time jobs with what she described as precarious part-time positions.

“We have been advocating for years to create more full-time jobs in health care, to avoid so many workers in part-time positions scattered throughout the system,” she said.