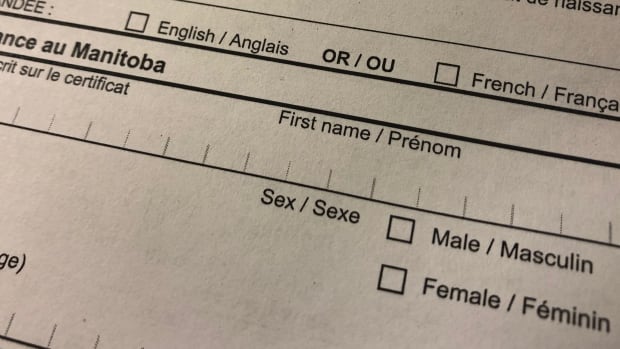 Manitobans will soon have the option to select a non-binary sex designation on birth certificates.

On Monday afternoon, the Progressive Conservative government said it has introduced policy changes to make birth documents more inclusive, in response to a human rights decision that ruled against the province in late 2019.

In a news release, Manitoba Finance Minister Scott Fielding made the announcement to allow a non-binary option — in addition to male and female — when applying for a change of sex designation under the Vital Statistics Act.

“In response to a ruling from the Manitoba Human Rights Commission, the Vital Statistics Agency is implementing policy changes to be more inclusive to Manitobans,” Fielding said.

The ruling in November 2019, which stemmed from a 2015 complaint, found the province discriminated against a transgender person when it refused to allow a sex designation that was not male or female on a birth certificate.

The release, issued Monday, said the government is also trying to pass legislation to remove the requirement to display sex designation on birth and death certificates.